It all began as the previous season had left off: with silverware.

Chelsea claimed the European Super Cup with a penalty shootout victory over Villarreal in Belfast. They were in contention for all the competitions they had entered up to the start of December, would reach both domestic cup finals and won the Club World Cup in February. There were times when Thomas Tuchel’s team felt like proper contenders.

And yet in the years to come, when people reflect on Chelsea’s 2021-22 campaign, football will almost be an afterthought.

This was the season when Roman Abramovich’s two decades of lavish ownership was curtailed; when the club, as one of the oligarch’s assets, was placed under sanction by the UK government as a response to Russia invasion of Ukraine; a season when the fans watched a merchant bank in New York auction it all off, whittling down a flurry of suitors who sensed a unique opportunity while the clocked ticked disconcertingly down towards an uncertain future. The numbers involved are mind-boggling.

Coach Tuchel and the players have admitted they found it hard. For many of the club’s other staff, fretting over their livelihoods, it was excruciating.

Whatever happens next will be intriguing.

How do you sum up the season?

There was optimism. There was hope. There was even expectation. Had those penalty shootouts against Liverpool at Wembley in the Carabao Cup and FA Cup finals gone their way, Chelsea would have hoisted four trophies from a marathon 63-game campaign and qualified for the 2022-23 Champions League with a third-place Premier League finish .

In that context, Tuchel, would probably consider what actually ensued as a missed opportunity. This group felt like nearly-men.

Their title challenge petered out over the winter as COVID-19 and injuries stretched an overworked squad. A slapdash performance in the home leg of their Champions League quarter-final against Real Madrid effectively cast them out from that competition, for all that the return match in Spain was spectacular. Form at Stamford Bridge deteriorated in front of crowds reduced in number by the government sanctions. The team won only two of their last seven home games in all competitions while away contingents crowed about all those empty seats.

Yet, in truth, the head coach deserves immense credit for how he has dealt with exceptional circumstances.

Everything from mid-March and the imposition of sanctions on Abramovich felt traumatic as the fixtures kept coming and the off-field uncertainty bit hard.

In those trying circumstances, Tuchel was a reassuring presence, steering the team through a horribly difficult period with class and authority, offering much-needed leadership to a club that had been rendered impotent overnight. That he ensured his players retained as much focus as they did is a testament to his qualities.

Chelsea were fortunate to have the German at the helm through one of the most unsettling periods in their history.

And so to the football…

Best moment of the year

The club’s first triumph in the Club World Cup would normally be a shoo-in here.

That win over Palmeiras, courtesy of Kai Havertz’s penalty late in the obligatory period of extra time, completed the set of trophies for the Abramovich era. Teams built by the oligarch’s financial might had claimed every competition in which they had played over almost 19 years of glittering success. Abramovich was present at the Mohammed bin Zayed Stadium in Abu Dhabi, seeing his side in the flesh for what turned out to be the last time as the club’s owner.

Chelsea’s remaining fixtures were played out to a chorus of “champions of the world” echoing around the stands, even if FIFA’s tournament still struggles to feel relevant to many in the European game.

Instead, why not revel in that barnstorming 4-0 thrashing of Juventus in the group stage of the Champions League in November? That was a properly eye-catching dismissal of the Italians, a riotous victory that showcased Thiago Silva’s imperious form at the back and the vibrancy of Chelsea’s attacking capabilities when the collective clicks.

The first three goals that night were scored by graduates of the club’s Cobham academy. The clean sheet was the 31st in their first 50 games under Tuchel. He won 32 of that first half-century of matches and, at that stage, his team seemed to be in contention for both the Premier League title and a successful defense of the Champions League. 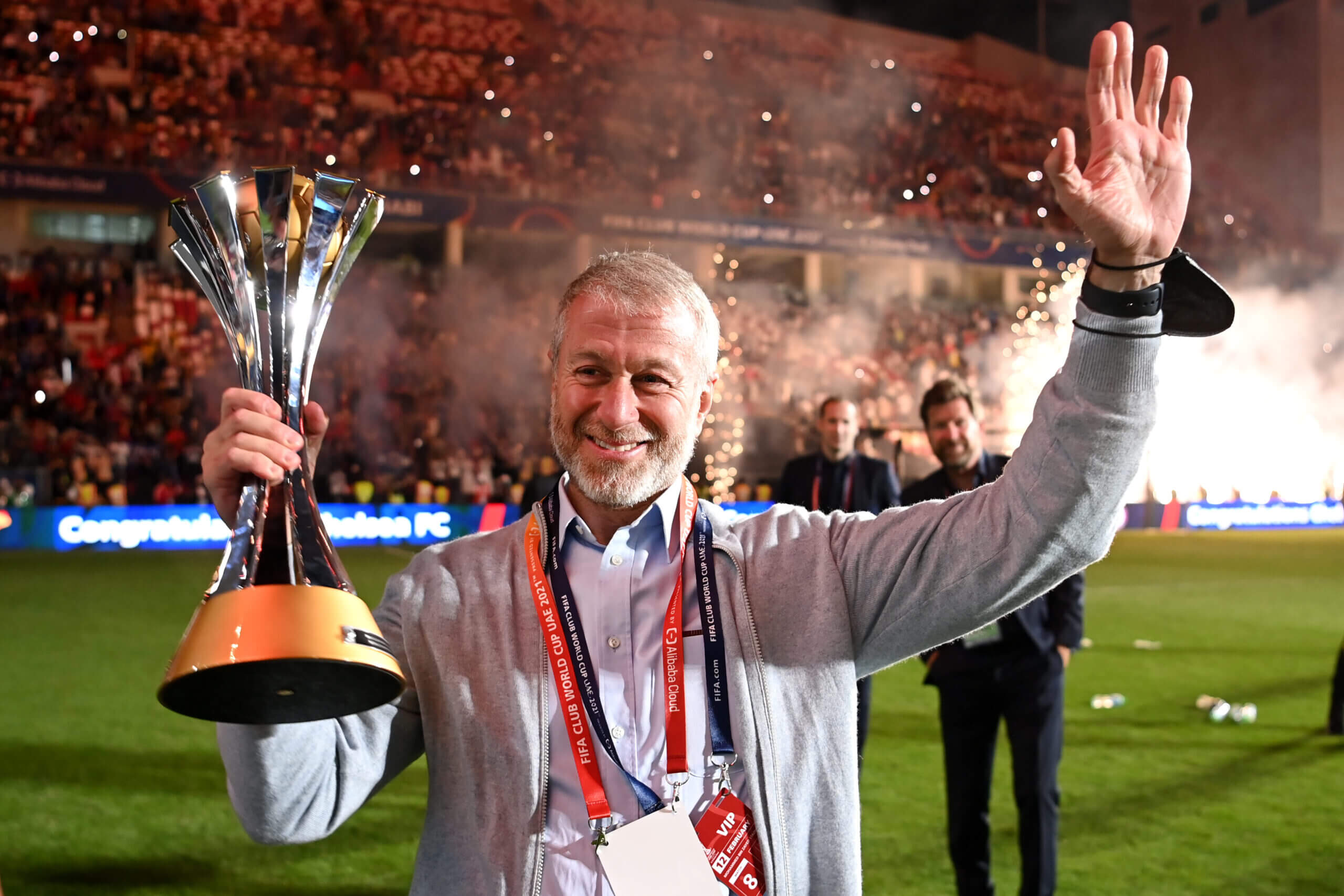 Roman Abramovich with the Club World Cup before he put Chelsea up for sale (Photo: Michael Regan – FIFA / FIFA via Getty Images)

Yet, as always seemed to be the case with Chelsea this season, even that win came with a sting in the tail.

Ben Chilwell had combined with Reece James for the hosts’ second goal, but, having fallen awkwardly midway through the second half, departed the action in agony. The England international left wing-back’s cruciate knee ligament had been ruptured. He did not play again until the final game of the season, denying the side a major weapon in their armor.

Worst moment of the year

A couple of penalty shootout defeats in Wembley finals hurt, but the most traumatic, for supporters and staff members, was surely the confirmation, delivered on the morning of March 10, that Abramovich had been sanctioned. His financial assets in the UK – Chelsea included – were to be frozen.

The club were plunged into a state of uncertainty with no transactions, in or out, permitted.

The club shop was prevented from selling merchandise and closed. Ticket sales ceased. There was immediate concern over how the business could function, not least how payroll could be met.

The situation was eased slightly when the Treasury granted an exceptional license designed to allow the club – a community asset and major employer – to operate. That situation has been further tweaked in the period since. But the announcement and its effects were tumultuous and provided an unnerving backdrop to the remainder of the campaign.

Biggest surprise of the year

Romelu Lukaku’s toils, particularly given the £ 97.5 million forward was supposed to be the missing piece of the puzzle when it came to Chelsea’s title challenge. He had started so well, too, with that bullying, bruising performance away to Arsenal. But a combination of an ankle problem, a bout of COVID-19, loneliness in the absence of his family and, most significantly, his own inability to adapt to his new side’s style of play – and his team-mates’ regular failure to tap into the Belgium striker’s qualities – ensured each week thereafter provoked frustration. 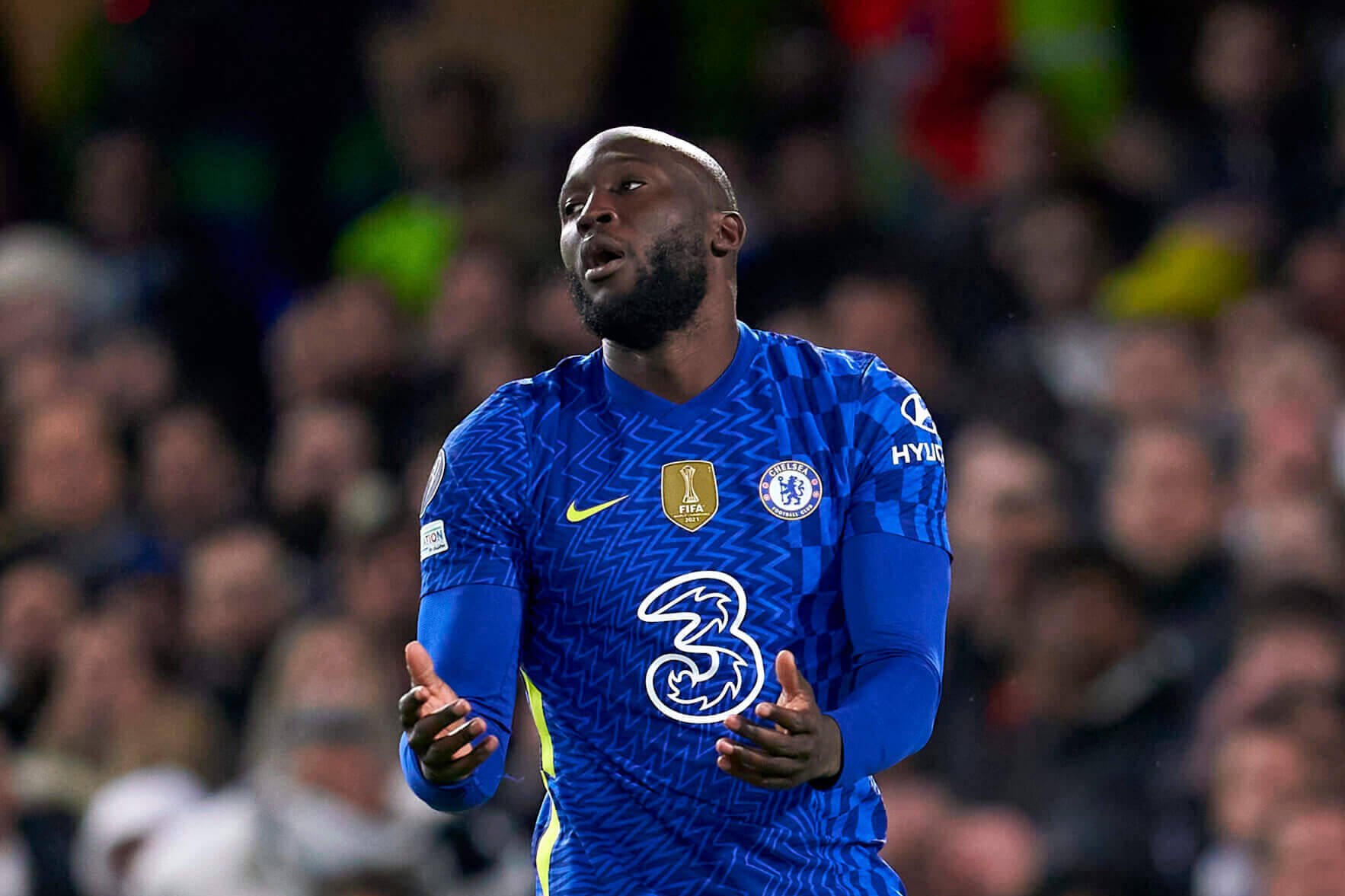 The real surprise dropped on December 30, when Sky Italia ran an interview in which Lukaku claimed he was “not happy” with how things had gone since rejoining the club who’d sold him to Everton after three years and few opportunities in the summer of 2014, appeared to criticize Tuchel’s tactics and suggested he wanted to play again for Inter Milan, the club he’d left just four months earlier, while still in his prime. He was 28 at the time.

Neither the club nor his representatives were aware that the interview had been recorded earlier in the month, or that it would be broadcast at a time when Chelsea were struggling with form and fitness issues. That truly was a surprise.

The Belgian was dropped for the January 2 home game against Liverpool after Tuchel consulted senior members of his squad. Lukaku apologized publicly and privately and, despite edging clear as the late 15-goal leading scorer in all competitions, has been playing catch-up with his relationship with the club’s supporters ever since.

Antonio Rudiger has become a creature of habit. Aside from his on-field energy and theatrics, the central defender has long since taken to picking at at least one moment in every match when he collects possession deep inside Chelsea territory and embarks on a barnstorming charge upfield. Sometimes, those marauding runs culminate in a pass to a team-mate. More often than not, they end with a shot battered optimistically from distance that poses more danger to those sitting in the second tier of the stand behind the goal than to the opposition goalkeeper.

Except that, against Brentford in early April, the script got ripped up.

His effort from 35 yards early in the second half dipped and swerved out of the reach of a diving David Raya and careered in off the inside of the post.

Havertz, on the edge of the six-yard box, raised his hands to his head in disbelief. Hakim Ziyech pointed his to the heavens. A wild-eyed Rudiger tore off in a madcap celebration, team-mates in pursuit, and buried himself in a bearhug from his countryman head coach. Chelsea were ahead and their center-half inspiration had finally found his mark.

Unfortunately, the home side’s defending prolonged the afternoon’s sense of pantomime. Brentford scored four times in riposte and Rudiger’s moment was ripped away.

Goal of the year

Stamford Bridge; Sunday, January 2. Liverpool are leading courtesy of an early Sadio Mane goal when, three minutes from the break, Marcos Alonso’s free kick is punched up and out of the box by Caoimhin Kelleher, playing for an ill Alisson.

There lurks an unmarked Mateo Kovacic.

At no point does the Croatian take his eyes off the ball as he back-pedals.

There are seven or eight steps in reverse, feet a blur as he maneuvers himself into position, but he is off the ground as he swings his right one and meets the ball flush to send it over the clutter in the area. The connection defies belief. The ball soars in off the inside of Kelleher’s left post, the young goalkeeper helpless and utterly bypassed.

Kovacic, a player who should probably score more than he does, had his second, last, and best goal of the campaign.

Game of the year

That dramatic win at the Bernabeu probably summed up the club’s campaign. The visitors were magnificent, ripping Real Madrid to shreds for long periods to overhaul that first-leg aberration and forge ahead in the tie. Yet late uncertainty allowed the home side a route back in – albeit courtesy of a remarkable assist from Luka Modric and Rodrygo’s crunched finish.

Late chances were passed up even then to score a decisive fourth of the night. In that context, there was an inevitability that Tuchel’s team would wilt at the last.

There was so much to admire in their performance, and wins at the Bernabeu of any sort are to be cherished. But this was an occasion that boasted everything, including huge disappointment.

Quote of the year

“I have taken the decision to sell the club, as I believe this is in the best interest of the club, the fans, the employees, as well as the club’s sponsors and partners. The sale of the club will not be fast-tracked but will follow due process. I will not be asking for any loans to be repaid. Moreover, I have instructed my team to set up a charitable foundation where all net proceeds from the sale will be donated. The foundation will be for the benefit of all victims of the war in Ukraine. ”

Player of the year

Piece I most enjoyed writing

The one about the protected view from a bronze-age barrow in Richmond Park that took in everything from Henry VIII awaiting news his wife had lost her head at the distant Tower of London, lines of sight across the capital and, well, the future redevelopment of Stamford Bridge.

My colleague Simon Johnson attended the Club World Cup and, as something slightly different, has picked out his article on Baniyas’ game against Al Wahda in the United Arab Emirates Pro League, and Liam Twomey has selected his excellent profile of Chelsea’s previously unheralded goalkeeper coach , James Russell.

Which GIF sums up the season?