The 2021-22 Champions League has only just concluded but attentions have quickly turned to next year edition.

It was an upsetting defeat for Jurgen Klopp’s side, but that result also has consequences for the 2022-23 group stage pots.

Here, The Athletic breaks down everything you need to know about the pots for next season’s Champions League.

How are the pots decided?

There are four pots, each containing eight teams, for the Champions League group stage draw. They are then allocated into eight groups of four, with the draw for the 2022-23 campaign taking place on August 25.

Pot 1 is made up of the league champions from Europe’s top six divisions – the Premier League, La Liga, Serie A, Bundesliga, Ligue 1 and Primeira Liga – as well as the Champions League and Europa League winners.

Pots 2, 3 and 4 are determined by UEFA club coefficient – how well each side has done in European competitions over the past five seasons.

For a full breakdown of club and country coefficients and how they work, check out this piece.

How did the Champions League final affect the pots?

Ajax will be in pot 1 for the group stage of next season’s Champions League and Liverpool in pot 2, following Real’s victory over Klopp’s men in the 2021-22 final on Saturday.

Carlo Ancelotti’s side had already confirmed themselves as a pot 1 team for the 2022-23 group stage after they were crowned La Liga champions.

Liverpool had already missed out on a pot 1 spot on the final day of their domestic season, with Manchester City pipping them to the Premier League title.

That meant they had to beat Real to claim a place in pot 1 – as the winners of the Champions League are automatically placed in that pot, irrespective of their league finish and club coefficient.

Defeat for Klopp’s side in Paris meant that the extra spot in pot 1 is allocated to the winner of the seventh-ranked European league – the Dutch Eredivisie.

That means Ajax will join the champions of the Premier League, Serie A, Bundesliga, Ligue 1 and Primeira Liga in pot 1, as well as the Champions League and Europa League winners. 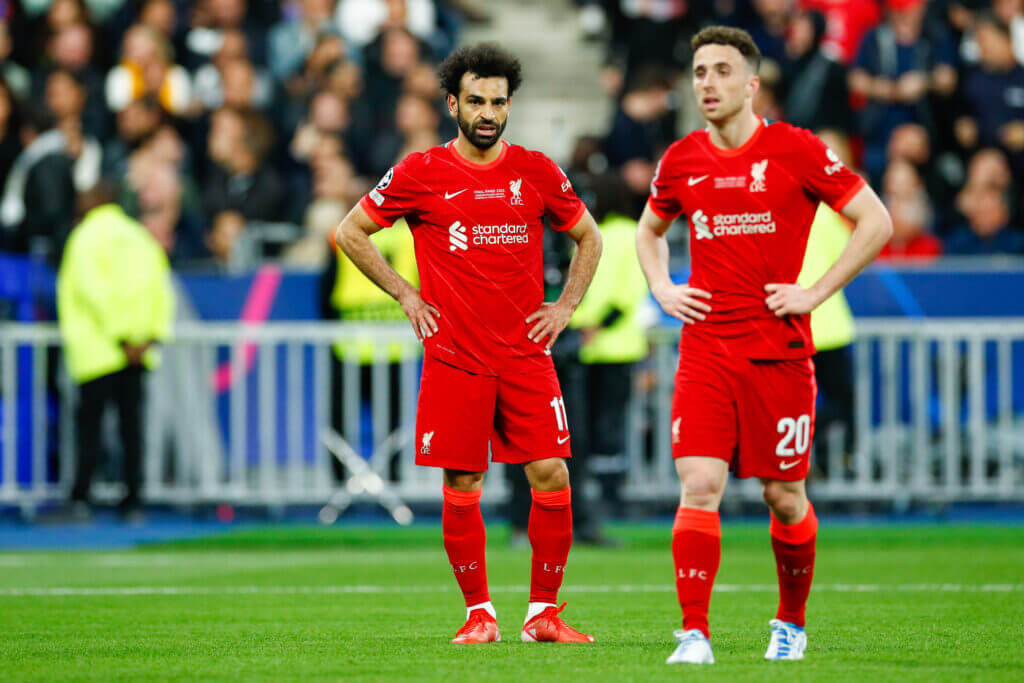 These eight teams are all confirmed in pot 1:

These eight teams are all confirmed in pot 2:

These seven teams are all confirmed in pot 3:

These two sides are confirmed for pot 4:

What about the rest of the teams?

The remaining places in pots 3 and 4 will be determined by which teams qualify for the group stage.

Marseille have qualified automatically after finishing second in Ligue 1 but have not yet been allocated a pot.

How does the qualification process work?

The qualification process begins on June 21 and ends on August 24, the day before the group stage draw.

Teams from 51 UEFA nations enter the process at some stage. Only the top four countries – England, Spain, Italy and Germany – do not have clubs that must play qualifiers.

Qualification begins with a preliminary round featuring the champions of the four lowest-ranked UEFA nations, which are San Marino, Andorra, Estonia and Iceland.

There are then three further qualifying rounds across July and early August, before a play-off round in mid-August.

The play-off round consists of 12 teams, with the winners of each tie advancing to the group stage. Only the league champions of Turkey and Denmark, Trabzonspor and FC Copenhagen respectively, are confirmed to feature in the play-offs.

Each tie throughout the qualification process is a two-legged affair.

How does the situation in Russia affect things?

Russia are the eighth-ranked nation by country coefficient (from the 2020-21 rankings, which are used for UEFA competition in 2022-23), meaning that its league champions would automatically qualify for the group stage of the Champions League.

However, due to Russian invasion of Ukraine, its clubs have been suspended from competing in UEFA competitions.

That means that the league champions of the 11th-ranked UEFA nation, Scotland, qualify for the group stage automatically instead of the play-off round.

Celtic, therefore, will play in the group stage of the Champions League for the first time since the 2017-18 season.