Cesc Fabregas wants to manage in the Premier League when he finally hangs up his playing boots.

Speaking exclusively to Sky Sports Newsthe 35-year-old former Arsenal and Chelsea midfielder explained how he has set himself the target of managing in the Premier League.

“When I became a coach, as I have said, the Premier League has been my league, it is where I played my best football, my best years, where people respect me so much,” he said.

“I feel really loved in England and, in the future, I would love [to coach there], why not? I’d love to [be a Premier League manager], 100 percent. If I can look at a target in some years to come, then definitely, this is in my head.”

Fabregas was speaking on the day he completed his free transfer to Serie B side Como, where he has signed a two-year contract following the expiration of his deal at Monaco.

The two-time Premier League winner revealed that he had received a number of offers to step into coaching but insists his playing days are not over yet.

“I know [receive offers]I’m very grateful for the people who have approached me in the last couple of months,” he added. 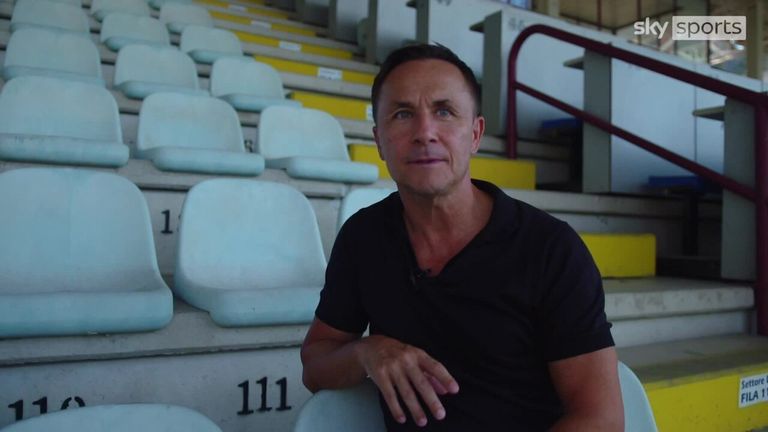 Former England and Chelsea midfielder Dennis Wise is the chief executive of Serie B side Como and explains how Cesc Fabregas opted to join a club playing football in Italy’s second tier.

“I had two offers to join clubs’ coaching staff. It’s something tempting but it is not something I want to do right now; I want to keep playing a little bit. My main focus now is playing and to do well on the pitch.

“First thing’s first, take one step at a time. I’m here to do well for Como, it’s a beautiful project and let’s see where we go from there.”

Fabregas’ desire to return to the Premier League in a managerial capacity raises the prospect of a reunion with former clubs Arsenal and Chelsea.

Asked for his assessment of a busy summer of transfer activity at the Emirates Stadium, Fabregas said: “I think Mikel [Arteta] is doing a good job, I think Edu is doing a fantastic job. When we talk about football people, Edu is a football man.

“He has the patience and knows exactly what it takes to build a project. You cannot do it in one day; sometimes the market doesn’t allow you to get the right players, sometimes you are too young to compete, as it happened at Arsenal for one or two years.

“But I think Arsenal are now mature, the young players are not so young anymore. I see a different phase; they have signed very well, they strengthened the team in certain areas they are struggling, and I am really looking to the season because it’s exciting.”

Fabregas: Chelsea are obliged to win

Fabregas is confident Chelsea will come through a turbulent period off the pitch and will be in and among the teams competing for the Premier League title.

“Many things have happened; changing the owner is always tough. Roman [Abramovich] has been outstanding at the football club, he invested time, money, and knowledge,” he added.

“The thing with Chelsea is that they are obliged to win, to be competing always. I was there for five years and the mindset there is to win, to win, that is what I love about the place.

“Whether they are playing well or not so well, whether they are up or down, they are always there at the end of the day and it always makes me happy for sure.”