Burnley’s six-season stay in the Premier League came to an end as Newcastle’s 2-1 victory at Turf Moor condemned the Clarets to relegation and Championship football next season.

A win for Burnley would have confirmed their top-flight status at the expense of Leeds United, irrespective of their final-day result at Brentford, but a catastrophic start left the Clarets with too much ground to make up.

Nathan Collins’ ridiculous handball gifted Callum Wilson Newcastle’s opener from the penalty spot within 20 minutes, and Wilson peeled away at the back post to leave Burnley on the brink of relegation with his second on the hour.

Maxwel Cornet halved the deficit nine minutes later and, as news of a Brentford equalizer against Leeds filtered through, belief grew that Burnley could find the priceless equalizing goal needed to avoid the drop.

Wout Weghorst, Jack Cork and Cornet had efforts to be the Burnley savior but to no avail, as their relegation by three points was confirmed in stoppage-time by Jack Harrison’s winner for relegation-rivals Leeds.

Newcastle’s first victory of the season came after 14 games against Burnley in December, but their campaign and transformation under Eddie Howe ends with an 11th-place finish after six wins in their final eight games.

Man of the Match: Callum Wilson.

Burnley fail to beat the drop

The pre-match tension and anticipation surrounding Burnley’s season-defining finale failed to translate onto the pitch, with the Clarets gripped by anxiety and lacking the quality to fulfill this final-day assignment.

After an ankle injury saw Newcastle’s player of the year Joelinton’s stellar season come to a premature end, tension got the better of Burnley as center-back Collins’ mindless handball gifted Newcastle a penalty which Wilson duly dispatched – his seventh successive successful spot kick.

Dwight McNeil fired a speculative shot harmlessly over before forcing a routine save from Newcastle goalkeeper Martin Dubravka on the stroke of half-time, as Burnley mustered just a single attempt on target in an underwhelming first half.

With their season hanging in the balance, Burnley caretaker Jackson threw caution to the wind, replacing defender Connor Roberts with striker Weghorst at the interval, but the nerves persisted, with Collins nearly putting through his own net in addition to his costly handball.

Tensions went through the roof when news of Raphinha’s penalty at Brentford trickled through at Turf Moor and, rattled, Burnley’s worst fears materialized on the pitch when Allan Saint-Maximin broke down the left and squared for Wilson to stroke his second into the unguarded net on the hour.

Cornet gave Burnley hope nine minutes later when he rifled in a volley at the second attempt after Dubravka had saved his first shot, and with rekindled hopes, the Clarets laid siege to the Newcastle goal in search of a season-salvaging equalizer.

News of Sergi Canos ‘equalizer for Brentford against Leeds was greeted with a flurry of chances but Weghorst could only steer Ashley Barnes’ cross agonisingly wide on the stretch. Matt Targett then blocked Jack Cork’s goal-bound shot on the line before Cornet squandered two chances in the dying stages, heading straight at Dubravka, as Burnley’s fightback came up short.

Burnley back in the Championship – Opta stats

Burnley caretaker Mike Jackson: “I expected it to be a tight game. The penalty took the wind out of us. There was a good response when we got the goal back, we had some really good chances to get some more that we did not take on the day .

“I’m gutted. I’ve had the pleasure of working with a group that fought to the end. The players have given me everything in my seven games here. I’ve thanked them for that as a group of lads, a group of people.

“We’re gutted for the fans that we weren’t able to achieve what we wanted and stay in the league. The fans were terrific today, the way they stayed with us right to the end. They must be hurting massively; this is their club. We’re devastated. I’m gutted we couldn’t do it for them. “ 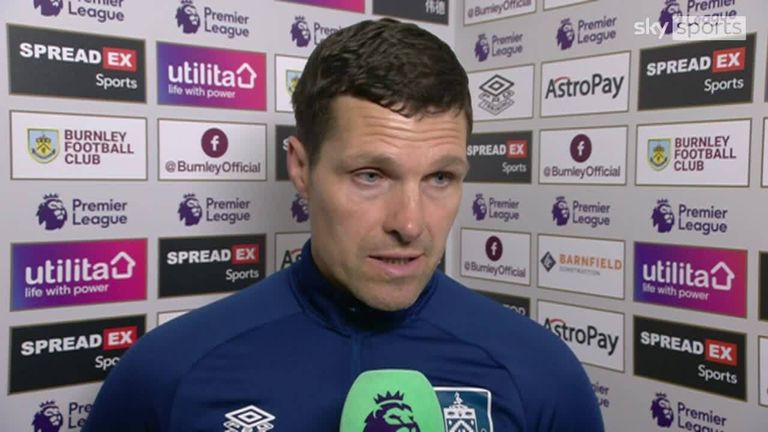 Burnley caretaker manager Mike Jackson was devastated for his side and fans after getting relegated on the final day of the season.

Keane: No sympathy for Burnley

“Who said it was a good decision to get rid of Sean Dyche at Burnley? Crazy! Mike Jackson has done OK, but Dyche would have done a good job if given the opportunity to the end of the season. He and his staff have been there and done it.

“When he left, they said there was a reaction, a reset – rubbish! They have paid a heavy price for it. They should have stuck with Sean Dyche, a proven manager, proven quality, he’s done a brilliant job. No sympathy for Burnley. “

Howe: Newcastle had standards to meet

Newcastle boss Eddie Howe: “It was a difficult game; emotionally, tactically, technically. It was never going to be one for the purist, the atmosphere was very intense and created a game that was unpredictable.

“I thought we did enough at 2-0, then they scored, and the last period of the game was very difficult from our perspective, Burnley played very well. There was some heroic defending from our players.

“It would have been very easy to drop our levels and play our part in Burnley winning the game and ultimately staying, but we had standards to meet and were determined to represent the club well today. The players deserve credit for that.” 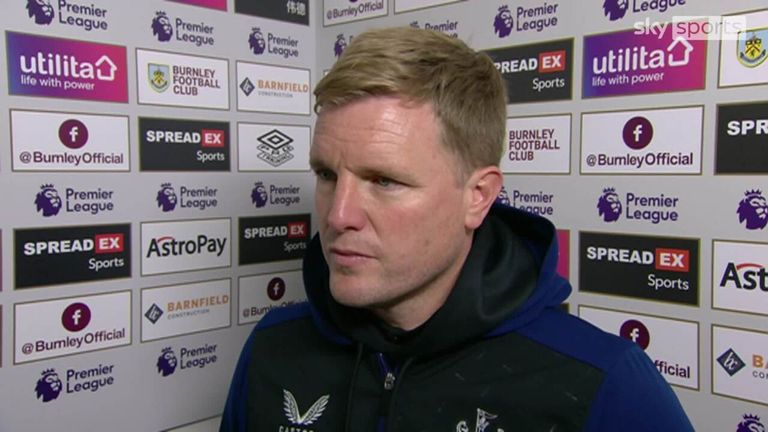 Newcastle boss Eddie Howe give full credit to his side after beating Burnley on the last day of the season.

Exciting times ahead for Howe’s Newcastle

Newcastle and their fans surely cannot wait for next season to get going after a seismic turnaround in their fortunes and results following the appointment of Eddie Howe in place of Steve Bruce back in November.

The Magpies were seemingly heading for the Championship when the former Bournemouth boss arrived at St James’ Park, only for form worthy of a top-four bid to propel the club rapidly up the table to a highly respectable 11th-place finish.

And considering Newcastle’s Saudi owners are also set to back Howe significantly in the transfer market this summer, a challenge for the Champions League places next season surely cannot be ruled out.

Man of the Match – Callum Wilson

Callum Wilson has netted five goals in his last four Premier League appearances against Burnley, while only against West Ham (9) has the striker netted more than he has against the Clarets (6).