A Man Utd trio and an Arsenal duo make the most valuable XI of players who’ll watch next season’s Champions League on TV like the rest of us.

Seven England internationals feature in this side, with all valuations courtesy of CIES Football Observatory. All of these stars feature in their top 100 most valuable players…

Aaron Ramsdale (Arsenal) – £ 43.75m
The Arsenal keeper is the fifth-most valued stopper on the list, with Alisson, Ederson and Thibaut Courtois above him. Ahead of all of them is Gianluigi Donnarumma, valued at £ 63million despite having played just 17 times for PSG last season while keeping only five clean sheets. Arsenal were ridiculed for paying £ 30million for Ramsdale last summer, but his form for the Gunners silenced his critics on the way to coming third in the club’s Player of the Season voting.

Pau Torres (Villarreal) – £ 51.1m
The Spain defender’s valuation is roughly in line with what Villarreal expect to fetch this summer should Torres get the big move he fancies. Manchester United are sniffing and reports suggested they were willing to cough up £ 45million, despite the center-back’s release clause being worth £ 55million. A compromise would surely get the deal done but, Man Utd…

Harry Maguire (Manchester United) – £ 44.4m
Including Torres, there are 15 center-backs all valued higher than the world’s most expensive defender, with Maguire worth roughly half what Manchester United paid for him in 2019. After his form last season, they would be lucky to get that, but Erik ten Hag is willing to persist with the Red Devils skipper. For now.

Marc Guehi (Crystal Palace) – £ 43.2m
While Maguire’s value has halved, his England team-mate’s has more than doubled, with Palace sitting on a huge profit after they signed Guehi for £ 18million from Chelsea last summer. Since then, he’s started all but two of Palace’s Premier League games and become a senior England international. Chelsea, apparently, retain the right to match any offer the Eagles receive for Guehi but they are more likely to stand back and trouser whatever they do from the sell-on clause they inserted when selling their latest Academy graduate.

Declan Rice (West Ham United) – £ 64.2m
United and City would happily pay that to sign Rice this summer but West Ham would insist on somewhere close to double that figure. As is their right with the England midfielder tied down until 2025 if the Hammers exercise their 12-month option. With Kalvin Phillips available for half the price, Pep Guardiola will probably look over the Pennines rather than in Rice’s direction, with the 23-year-old likely to have to wait at least another year before getting his big move.

Scott McTominay (Manchester United) – £ 57.7m
It will doubtless surprise more than a few that the Manchester United academy graduate is rated as the eighth-most valuable defensive midfielder on the list, ahead of Joshua Kimmich, Aurelien Tchouameni and Gavi. Overall, McTominay is rated as the 51st most valuable player in the game. Kalvin Phillips does not feature in the top 100. Hmmm.

Bukayo Saka (Arsenal) – £ 85.6m
City and Liverpool recognize Saka’s worth, as do Arsenal, but they may be forced into a deal if they can not persuade the winger to renew his contract, which has two years left to run. Few are panicking at the Emirates right now but the Gunners will no doubt get twitchy if a return to the Champions League looks unlikely at the end of this season.

Jadon Sancho (Manchester United) – £ 88.2m
The winger endured a difficult start to his Manchester United career but Sancho emerged from his maiden season at Old Trafford as one of the few positives in the Red Devils’ campaign. It seemed to take United an age to actually sign Sancho and his current value suggests they got a good deal when they paid Dortmund £ 72million. Gareth Southgate still needs some convincing, mind. Sancho is the third most valuable English player on the list behind Jude Bellingham and Phil Foden. 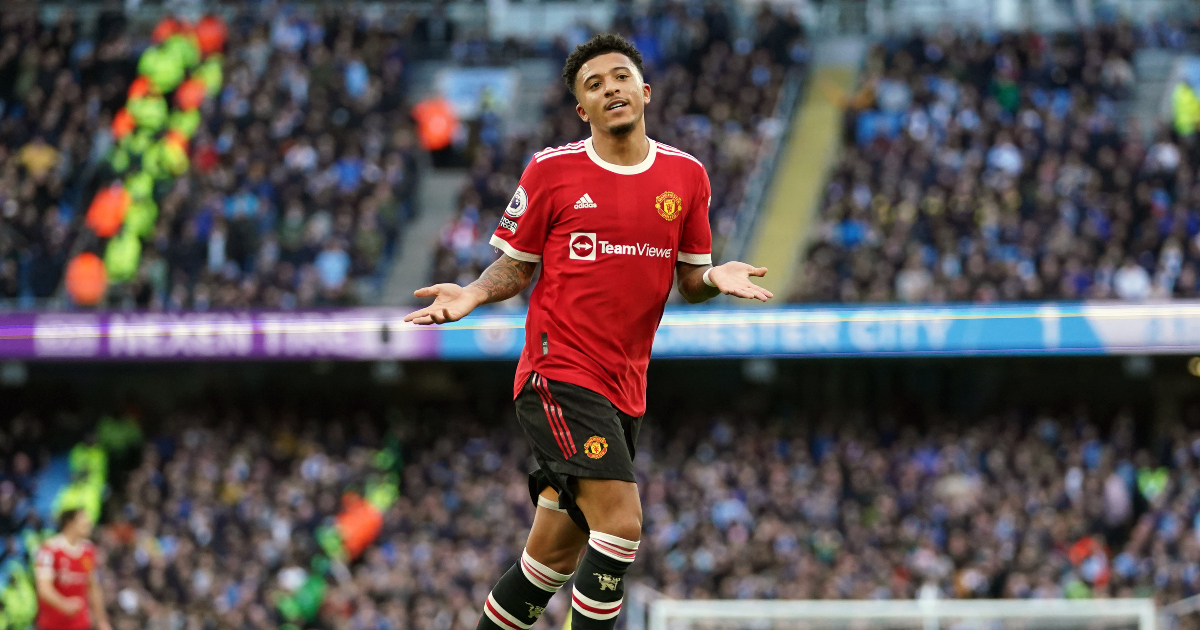 Lucas Paqueta (Lyon) – £ 52.1m
The Brazil international’s valuation is roughly what Newcastle are apparently willing to pay Lyon to make Paqueta their record signing and the 24-year-old was on Tyneside last month – to celebrate the birthday of Bruno Guimaraes’ partner. As an attacking midfielder, Paqueta scored 11 goals and offered seven assists in all competitions last season, also catching Arsenal’s eye.

Tammy Abraham (Rome) – £ 61m
It looked like Chelsea had got a good price when they sold Abraham to Roma for £ 34million last season but 17 goals in his maiden season in Serie A and 27 goals overall suggests they were diddled by Roma. The Blues could buy Abraham back next summer for around m 68million – if Roma do not sell him first.

Alexander Isak (Real Sociedad) – £ 58.5m
Arsenal might feel that Isak’s valuation is closer to his true worth after reportedly baulking at Real Sociedad’s insistence in January that his release clause of £ 72million be met if he was to move. Which, apparently, he has little desire to do after signing a new contract last summer until 2026.