Manchester United midfielder Bruno Fernandes has revealed an insight into the ‘intense’ pre-season training sessions under new boss Erik ten Hag, as they prepare for the new Premier League season.

The former Ajax manager has been seen in video clips posted by United over the last few weeks implementing his style of play and his demanding ethos have gone down well with the supporters.

The 52-year-old Dutchman predominantly has focused on conducting quick-ball passing and phased build-up play since arriving at United. 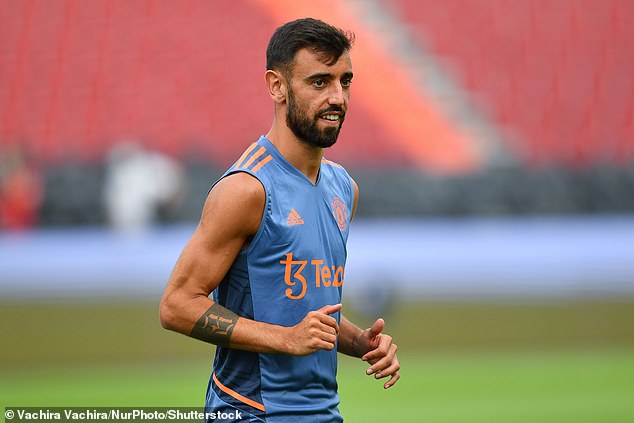 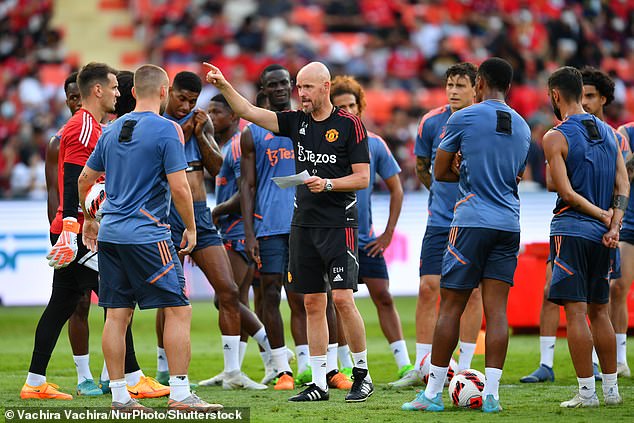 The new boss will get to put his plans and ideas into action when he takes charge of his first match against league rivals Liverpool in a pre-season friendly in Bangkok, Thailand this afternoon.

Portuguese international Fernandes, who will be a key part of ten Hag’s Red Devils revolution, has admitted it has been intense but the entire squad is flourishing under the challenge.

‘It’s been pretty intense,’ Fernandes told the United club website. ‘He (Ten Hag) likes intense training, reacts when you lose the ball. He likes everyone to run. He’s been really good. 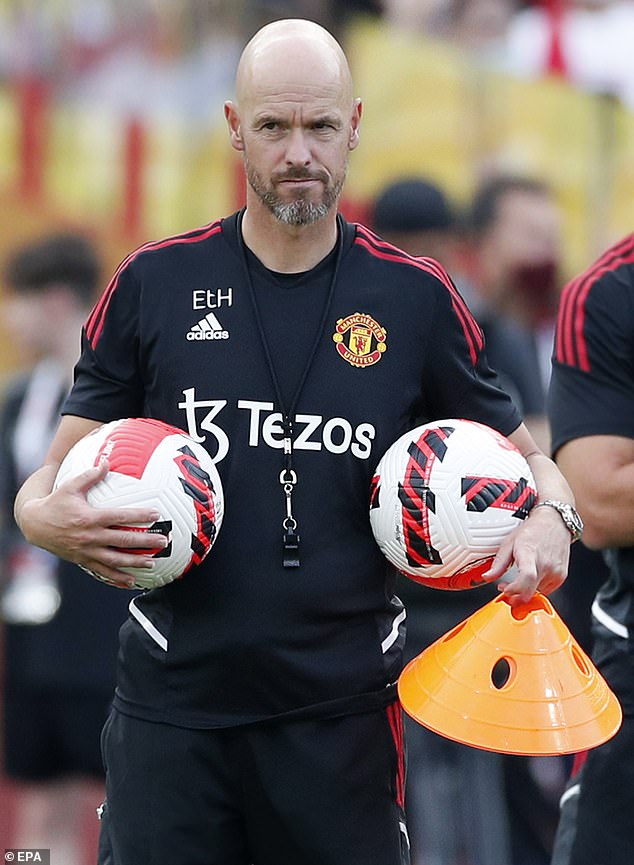 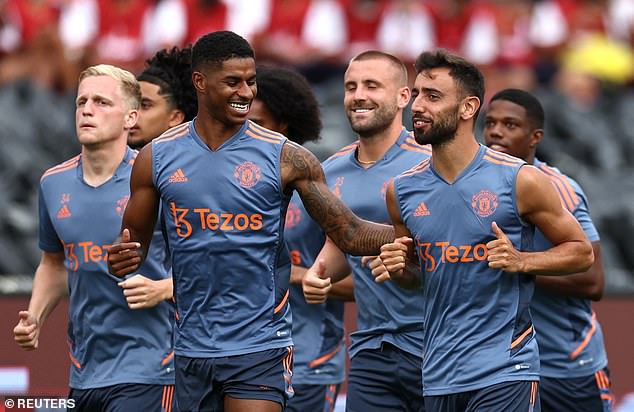 ‘Everyone is enjoying [it], obviously. Everyone gets really tired at the end of the training but that’s what we have to do.’

The 27-year-old added: ‘We have to be like that at the end of the training, but then you know the training was really good.

As I said, we have to do the hard work because, if we do it now, then we will be fit for the beginning of the season.

‘We all know the first games of the season are strange, but we want to be the ones that will be winning.

‘We have to do the maximum that we can and what the coach and all the staff ask us to do.’ 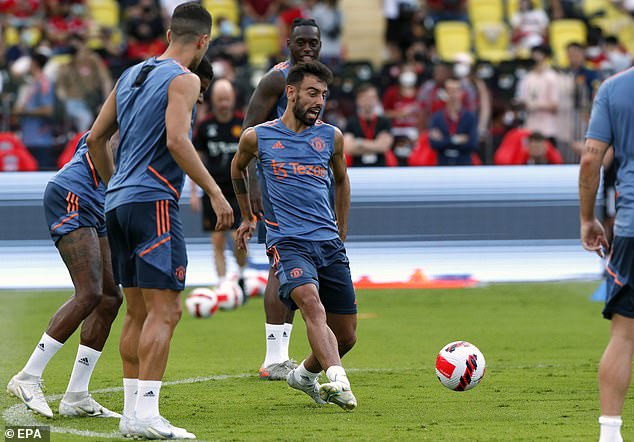 Pre-season is typically about building up fitness and working on new strategies, but Fernandes is still determined to get one over the Reds at the Rajamangala Stadium.

‘We know what that kind of game means to our fans,’ Fernandes admitted.

Obviously, this is the first game of pre-season but anywhere you want to win, and you want to win these kind of games too, even if it’s a friendly match.

As I said many times, we can never have a friendly match. As much as it doesn’t count for points or going through some stages, at the same point, we want to win the game.

‘Obviously, we want to get in shape and start to do what the coach asks of us.’

United have only signed one player so far this summer, defender Tyrell Malacia from Feyenoord, who is expected to feature in the friendly.

The Red Devils continue to be linked with a number of high-profile players, including Christian Eriksen and Frenkie de Jong.