History does not always look historic. On a nondescript weekday morning earlier this month, a group of men and women in suits filed into a hotel in Sao Paulo. A few hours and several liters of coffee later, they filed back out. To the untrained eye, these resembled the bookends of a generic big-city business meeting. Buy low, sell high, adjust those KPIs until we’re all underwater.

But no, this one was different – a lot more interesting and a good deal more important. In that hotel, the foundations were laid for a plan that could revolutionize Brazilian football.

Together, the presidents of six top-flight clubs – Flamengo, Corinthians, Palmeiras, Sao Paulo, Santos and Red Bull Bragantino – proposed a breakaway league, to be run by the clubs themselves rather than Brazil’s creaking federation, the CBF. They promised better organization, a slicker commercial structure and, through a revenue-distribution model that would mark a major departure from the usual tooth-and-nail partisanship, a brighter financial outlook for all. They called it the Brazilian Football League – Libra for short.

“This is the future,” swooned Palmeiras president Leila Pereira. A few details still stand in the way of a unanimous agreement but there is a scent of giddy excitement in the air. After decades of mediocrity, the Brazilian game stands on the precipice of its own Premier League moment – and not just because those pursuing it admire the English model with a fervor that borders on the religious.

In the widescreen view, this has been coming for a long time. You could fill a book with the foibles that have held the Brazilian domestic game back over the decades, but a decent potted list would include moronic club owners, rubbish pitches, endemic short-termism, corruption, fan violence, an outmoded calendar – Brazil belatedly adopted a round-robin league format in 2003 but has yet to scale back the bloated, increasingly irrelevant state championships – and logic-defying finances. Throw in the football federation, whose ability to lurch forward under the weight of its own scandals would be impressive if it was not so damaging, and you have a perfect recipe for stagnation.

Things have improved slightly in recent years, but not enough. When images of other leagues are beamed into Brazilian homes, the quality deficit is hard to ignore. It’s not just the football that is better – the kits are smarter, the graphics flashier, the stadiums busier, the grass literally greener.

This cuts two ways. For one, a Campeonato Brasileiro game is a harder sell to a generation of Brazilians accustomed to watching Manchester City vs Liverpool on Saturday and El Clasico on Sunday. Walk around Rio de Janeiro today and you’re as likely to see a Chelsea shirt as a Fluminense or Vasco da Gama one – a fact that would have been unthinkable (not to mention unpalatable to a certain generation of locals) 20 years ago. 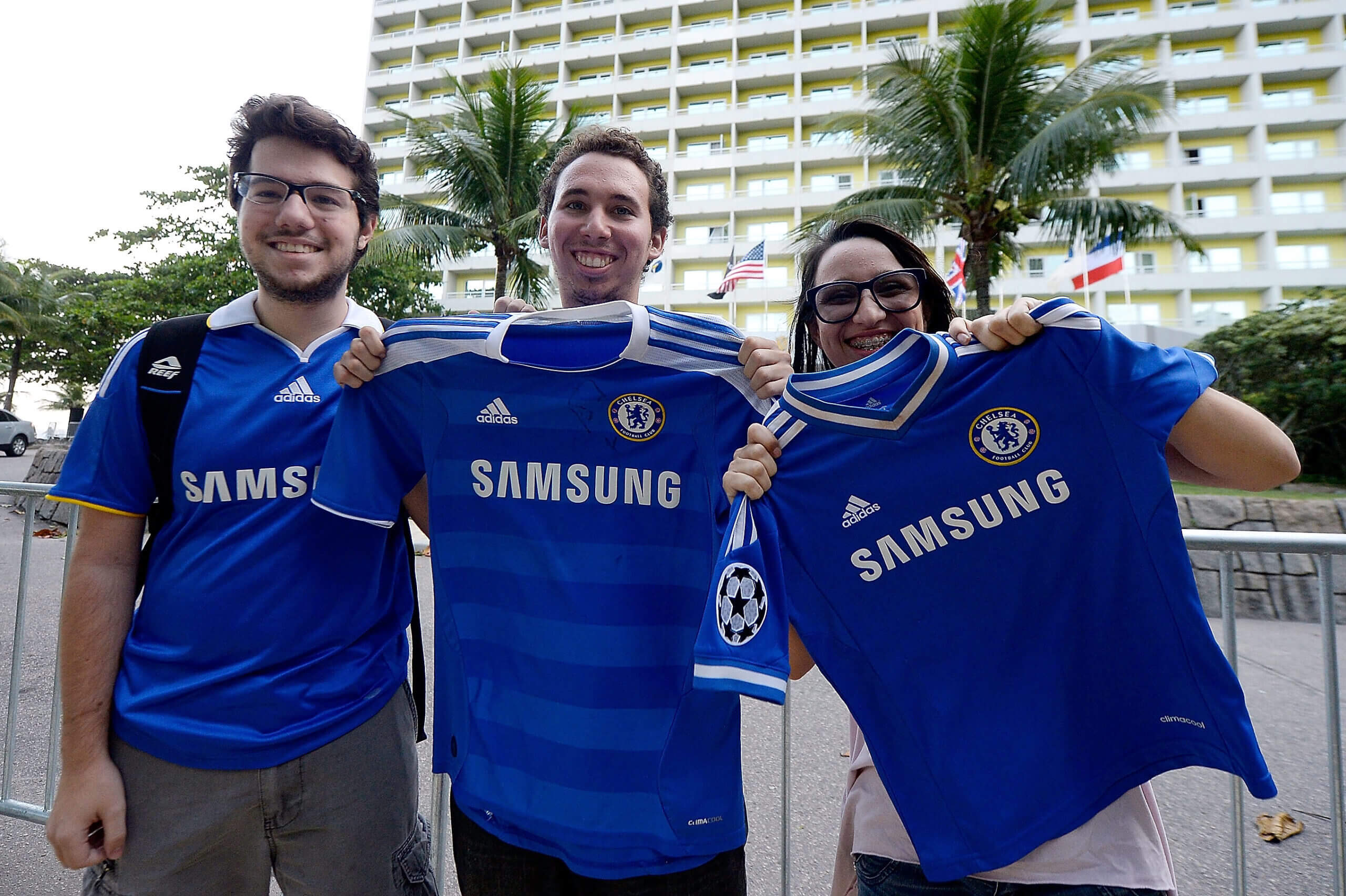 Still, the clubs can always rely on sizeable local fanbases. Perhaps the bigger issue is the ground that has been lost in the battle for eyeballs further afield. Brazil’s national team is a global institution, yet its domestic game barely registers beyond the odd Club World Cup match.

“We’ve never sold our football abroad,” says Mario Celso Petraglia, the president of Athletico Paranaense. The Athletic. “Our teams are not known around the world. That is a terrible failure. ”

The proponents of the new league hope it would address this – initially by selling TV rights packages more aggressively overseas but also by improving the “product” itself, such that it might be able to compete with Ligue 1 or, eventually, Serie A or the Bundesliga.

This, clearly, is far easier said than done. Even in the best-case scenario, we are likely talking decades rather than years. But there is fresh momentum here. New energy, too, thanks to a cluster of accelerating factors.

One is a new ownership model that has been thought up specifically for football clubs, promising to make them more corporate, more sustainable and even – whisper it quietly – profitable. Another is the recent influx of foreign investment into Brazilian clubs. John Textor, the co-owner of Crystal Palace, acquired Botafogo earlier this year; Miami-based 777 Partners have taken a controlling stake in Vasco; Red Bull has put significant resources into Bragantino. The City Football Group has also been looking closely at Bahia, and those who follow football finances closely believe that further takeovers are inevitable.

Above all, there is the tide of professionalism that has washed away some of the cobwebs in the corridors of power. If the cast of characters that came together in that Sao Paulo hotel looked like studious number-crunchers, it’s because that’s exactly what they are. The blowhard kingpins of old are now a dying breed.

“Club owners used to be populist amateurs,” explains Rodrigo Capelo, who covers the financial side of Brazilian football for newspaper O Globo. “They weren’t always the most intellectual. The new wave is a bit different. They’re rational business people. “ 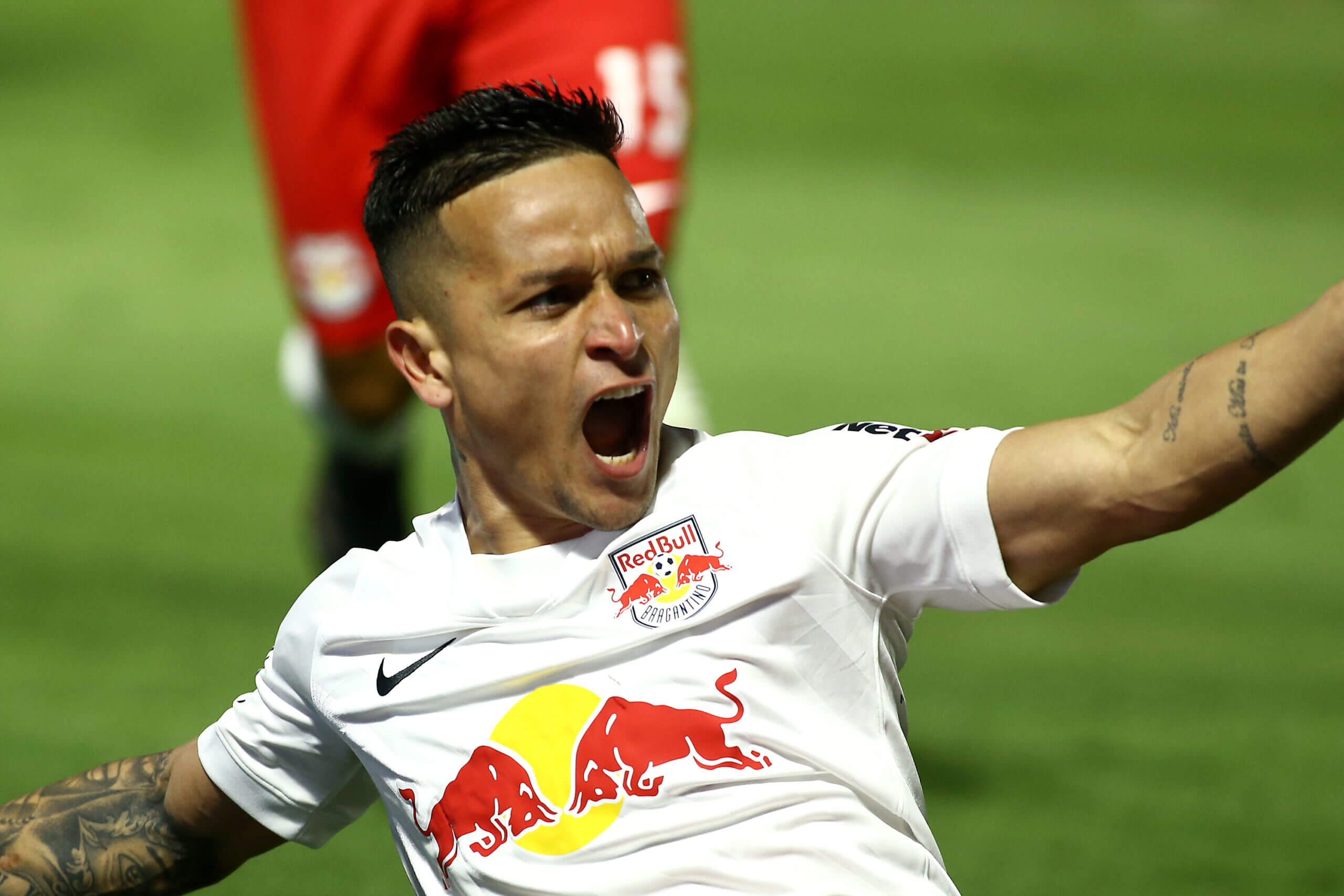 There is broad agreement that the clubs themselves, in conjunction with external investors and consultants, can do a better job at organizing a championship than the CBF. But the success of Libra will ultimately be judged on the chicken-and-egg dance of profits and product: if revenues increase, the clubs can put more money into their pitches and playing squads, which should improve the football, which should attract more fans , which should increase revenues and so on.

The clout of the new league lies in its formalization of a collective bargaining agreement. Since 2011, when a bloc of big hitters called the Clube dos 13 (Club of 13) disbanded, Brazilian clubs have signed broadcast contracts individually. This was, on the face of it, fine for the likes of Flamengo and Corinthians, who could cash in on their outsized fanbases across Brazil, but it left the ecosystem as a whole splintered and weakened. It was particularly disastrous for the smaller clubs, widening the gap between rich and poor.

Things improved a touch in 2019 when clubs began to distribute a portion of TV revenues equally. This helped modest outfits such as Ceara and Fortaleza to consolidate after being promoted to the top flight. But because pay-per-view income was not part of that agreement, significant inequality persists. Add in domestic and international cup competitions, which naturally favor the best teams too, and the picture gets even bleaker. According to an Ernst & Young report, a quarter of all TV income earnt by Brazilian clubs between 2017 and 2021 went to just two teams – Flamengo and Palmeiras. “A financial abyss,” Fluminense president Mario Bittencourt has called it, and it is hard to disagree.

There has been fierce debate over these numbers in the last fortnight. So far, only 10 of 40 clubs across the top two divisions have joined Libra. The rest have banded together to demand more favorable terms. They want the ratio to be 45:30:25 rather than 40:30:30. They want the performance-based chunk itself to be more egalitarian, and more money for Serie B. 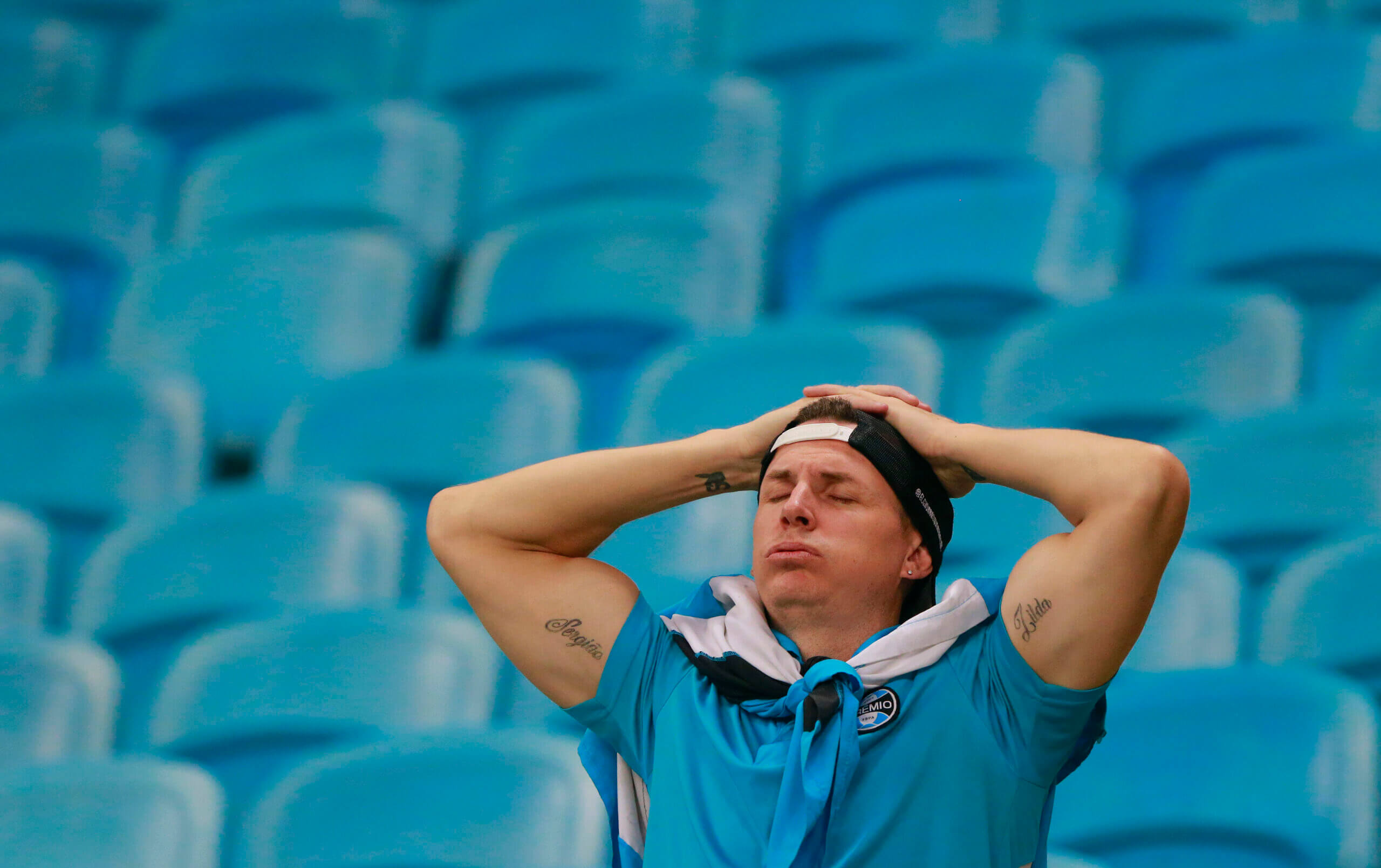 A Gremio fan reacts after his team were relegated to Serie B in December (Photo: Silvio Avila / Getty Images)

Yet these feel like surmountable hurdles. After all, the overall effect of even the most conservative measures would, according to Capelo’s calculations, constitute a momentous leveling of the playing field. In 2019, the last season before COVID-19, Flamengo, who won the Campeonato Brasileiro, earnt nine times as much as Avai, who finished 20th. Even in the last two pandemic-scarred years, the multiple has been between six and seven. Under Libra, it would drop below four.

Little wonder that even the holdouts are optimistic. Take Marcelo Paz, the president of Fortaleza, who, despite not yet signed up, calls the new league “a necessity” and is palpably excited about the potential benefits to clubs like his.

“This is going to be a turning point for football in this country,” Paz says The Athletic. “We are finally adopting the same model that the best championships in the world use. It’s a huge step forward.

“We talk a lot about the English model. Look at Aston Villa: they’re a mid-table club but they can buy Philippe Coutinho, a Brazil player. This new league represents a better deal for the teams in the middle of the table; it will help them to be more competitive and reach new heights. ”

It is not so immediately obvious what Flamengo and Palmeiras stand to gain here. Thanks in large part to savvy work at boardroom level, both have entered virtuous cycles of growth and success in the last decade, pulling clear of the chasing pack to such a degree that some in Brazil have – ironically, given the current deification of La Liga’s financial structure – worried about the “Spainification” of the league. Why would they give up that kind of dominance? 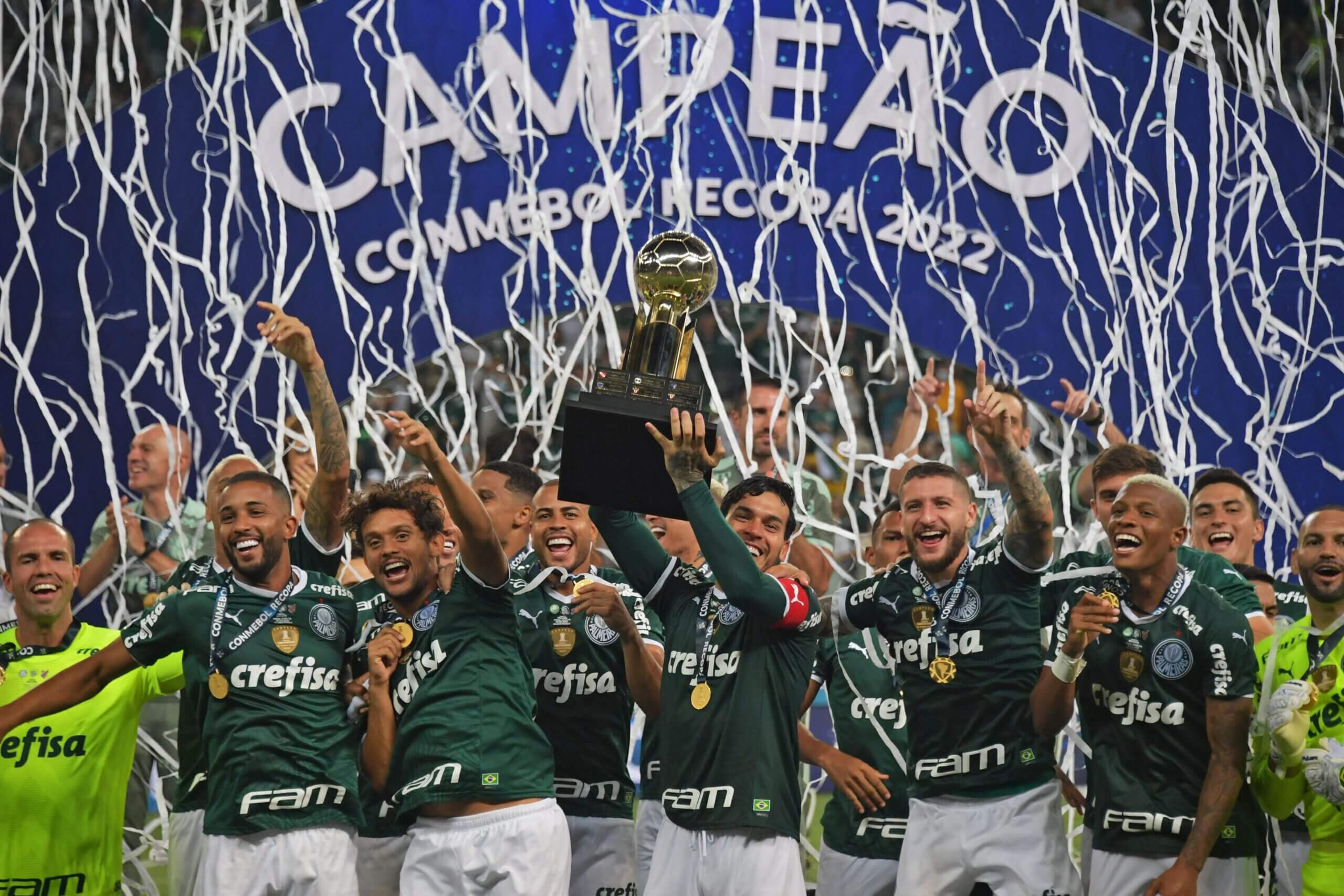 It is evidently not an act of charity. Theirs is a long-term bet: that by sacrificing a little now, they can bring in even more money further down the line. And maybe, with a little luck, become global brands like Barcelona, ​​Bayern Munich and Juventus.

There is recognition that the current array of individual TV deals is too messy, too fragmented to be an attractive proposition to, say, a global streaming service like Amazon. Acceptance, too, that fans in Europe and the US will be more interested in watching Flamengo vs Sao Paulo if the stands are full, the presentation slick and Sao Paulo actually competitive.

Indeed, what is especially heartening about the current discussions is that they are underpinned by humility, not the dumb, insular pride that prompted former CBF chief Jose Maria Marin to declare, as recently as 2013, that “we do not have anything to learn from other countries ”. There is now a willingness to look out into the world and adopt best practices from elsewhere. And, yes, a belated acknowledgment that Brazil has been trapped behind the eight ball for far too long.

“I’m really excited,” says Capelo. “Until recently, when people talked about how the big European leagues worked, it was purely theoretical. Brazilian football kept its own rhythm. We wasted a lot of time going around in circles.

“Now, finally, all of the club presidents are aligned. That is a massive difference compared to before. This can help the small and medium-sized clubs to become financially stable, which they have never been in Brazil. After that, there are other issues to address: the reorganization of the calendar and state championships; financial fair play. But you can not do any of that without collective action. This is a fundamental step. ”

Petraglia, the Athletico Paranaense president, is even more emphatic. “Brazilian football has been in chains,” he concludes. “This will be a liberation.”