“What the fuck is going on?” shouted Jack Grealish in a thick, unfiltered Brummie accent as the celebrations began.

It was a rhetorical question for which the smile on his face showed he had every answer. Aston Villa were about to beat the Premier League champions Liverpool 7-2 and the man making all the noise was the difference.

Grealish single-handedly dragged his side out of the rubble on so many occasions as a Villa player. He ducked and weaved through challenges, played up to the crowd, scored stunners and gave those who turned up at Villa Park, often just to watch him strut his stuff in claret and blue, moments of unrivalled joy.

But never was he more at his piercing best than on this night where he went at the opponents full-throttle. What was going on?

Well, the country was in the middle of a pandemic, COVID-19 dominated the headlines and supporters were not allowed inside the stadium.

Premier League football was unusual during the 2020-21 season. Leicester City beat Manchester City 5-2 at the Etihad in September, West Bromwich Albion beat Chelsea 5-2 at Stamford Bridge in April and Burnley won at Anfield in January. Yet nothing was as surprising as Villa beating Liverpool by this scoreline. And Grealish? Well, he was something else.

In his younger years, steak and chips was his go-to Friday night meal as fuel for the Saturday afternoon’s performance, but leading up to the Liverpool game was different.

With an ice pack strapped to his leg, there were serious doubts he would play. A hamstring injury ruled him out of training. He sat in the team meetings taking notes of the plan while still unsure whether he would have the chance to implement it.

Food was the last thing on his mind as shape work was practiced without him, but there was always the caveat that, as captain and star man, he would slot straight back in if available.

Against the odds, a late fitness check confirmed he had made it. An 80 per cent Grealish was still a major asset to Villa, as his five direct goal contributions in the game would show. Imagine if he was fully fit…

Before we get into the finer details of Grealish’s brilliance, it is worth pointing out that manager Dean Smith, who has since admitted that not even he expected such an outcome, deserves more credit for this victory. 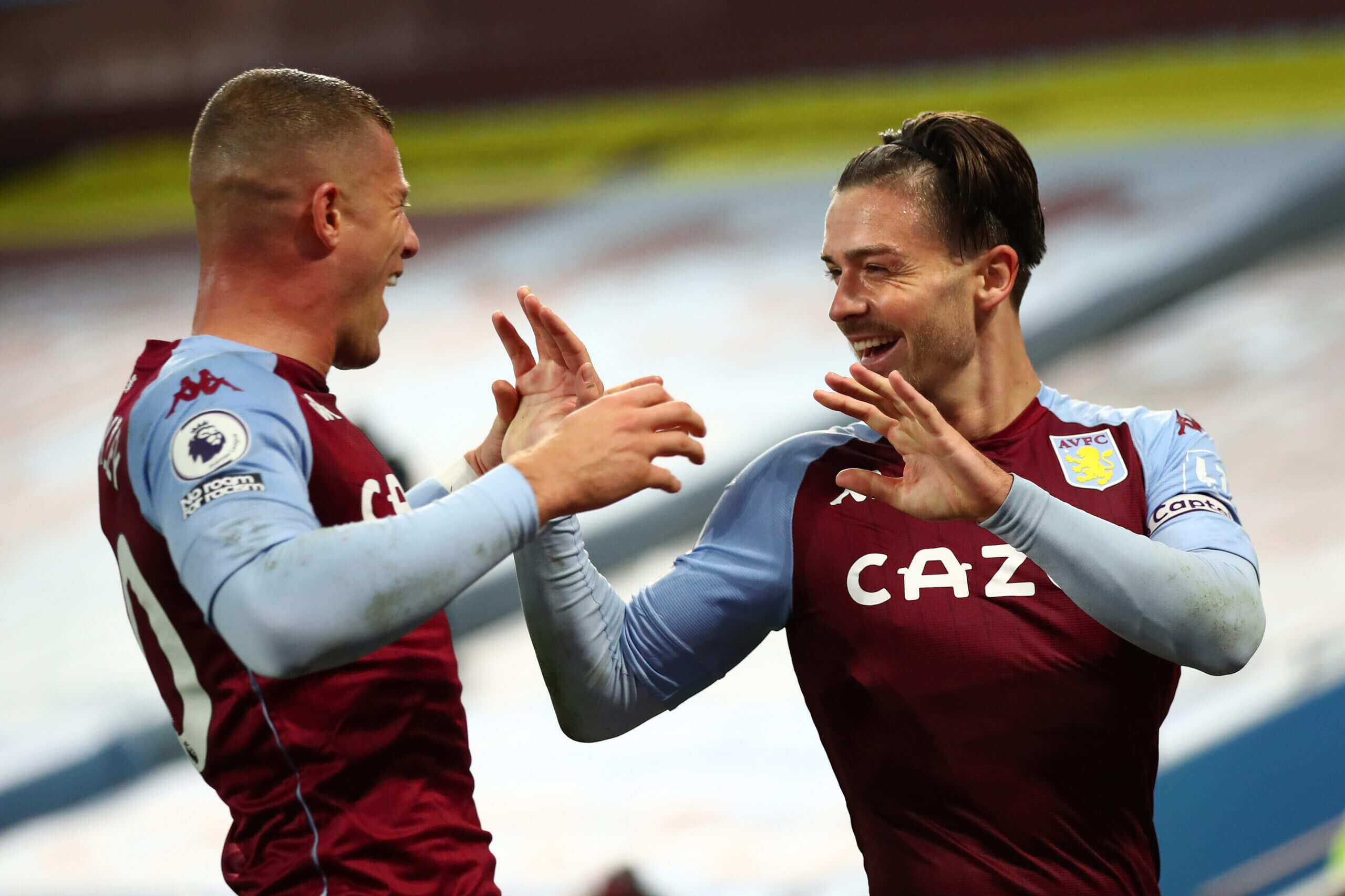 The plan was to press Liverpool intensely from the front and Grealish, taking up the left-forward role where he causes most destruction, was key.

Only 10 players have managed to assist and / or score five goals in a Premier League game since 2010 and the list is special. Harry Kane, Sergio Aguero, Luis Suarez and Mohamed Salah are included. Grealish is in good company, but what was so special about his display?

For a player struggling with a niggle, it was his hard running that stood out most.

Villa pressed from the front straight away. Grealish sensed a weakness in the understudy goalkeeper Adrian and intercepted a wayward backpass after four minutes to set up Ollie Watkins for the first of his three goals.

It was Grealish at his best shortly after, driving at the defense and playing a perfectly weighted pass for Watkins to score a second.

Between those two assists was this moment of magic. Against Virgil van Dijk.

Yet the best was still to come.

For his third assist, Grealish linked up with Ross Barkley at a time when the pair looked unstoppable. A neat one-two followed by a clever pass in between the Liverpool back line set the Chelsea loanee on his way.

Barkley celebrated by flashing an “A” with his fingers in reference to The Avengers, the nickname a group of young English players had created for themselves during a trip to Dubai around this time.

When Grealish scored his two goals, the same celebration followed.

His first had a stroke of luck about it. Following a deflection, Adrian was wrong-footed and could do little about it.

Still, it was the driving runs at Van Dijk, Joe Gomez and Trent Alexander-Arnold that caused all the problems.

Grealish’s second was so classy: a breakaway that ripped Liverpool open again. Jurgen Klopp stood to applaud the Villa players off but admitted his side made it all too easy.

Grealish has a history of performing well against Liverpool. Villa’s FA Cup semi-final win at Wembley in 2015 was where he announced himself. He cried tears of joy in the changing room that day.

He also scored for Manchester City in this year’s FA Cup semi-final against Liverpool but ended up on the losing side.

This performance for Villa had it all, though. His individual brilliance was one thing but the part he played in a well-crafted team performance was another.

“He was just on a different level,” says Ahmed Elmohamady, who was in the squad on that day The Athletic.

Conor Hourihane, also in the squad for the game, says: “He was never a vocal leader, but he was our performance leader. What a player. ”

The saddest part of it all was that there were no supporters inside to witness a vintage performance from their talisman and team.

With Grealish pulling the strings, picking out passes, twisting and turning opponents into a daze and producing clinical touches in the final third, Villa could beat any opponent. Smashing Liverpool showed as much. 7-2 against the champions. A performance never to be forgotten.