The 30th anniversary of the Premier League will bring a million hot takes and many of them will refer to a ‘golden age’. But is this even true?

Over the summer that marks the 30th anniversary of the commencement of the Premier League, we’ll probably hear a lot of talk about how this is a ‘golden age’ for the division. But while there will be plenty of people who will happily tell you that this is not the case on several subjective measures, financially speaking it’s certainly true, and the primary driver behind what has become a vast gulf in financial resources has been television money.

But even allowing for the fact that we know this in the abstract, the figures are certainly startling. In the summer of 1996, Germany beat England on penalty kicks in the semi-finals of the European Championships. At that time, the annual television revenue of the Premier League was € 685m while for the Bundesliga it was € 444m, a difference of € 241m. But by 2022, the Premier League was making £ 6.1bn, while the Bundesliga was ‘only’ making £ 3bn. At the end of the 2018/19 season, for example, relegated Huddersfield Town picked up £ 96.6m in television and prize money, more than Bayern Munich received after winning the Bundesliga.

The story is the same when comparing the Premier League to the rest of Europe’s ‘big five’ leagues. The Premier League now makes £ 2.7bn per year more than La Liga, £ 3.8bn more than Serie A, and £ 4.4bn more than Ligue Un. And this has had an impact upon balances of power within the European club game. In the ten years from 1996, English clubs reached the final of the Champions League or the Europa League on five occasions. For the ten years from 2012 on it was 12 times, including three all-English finals.

This dominance is reflected in the values ​​of the clubs concerned. Real Madrid and Barcelona continue to sit atop the Forbes Football Rich List, but 11 of the top 20 are English clubs, and a list of the top 50 in the world would comfortably contain all 20 Premier League clubs. The upshot of all this is that financial inequality does not just exist within divisions; it exists across the continent, and the number of beneficiaries have been steadily reducing over time. In the past five years, three-quarters of Champions League semi-finalists came from just five urban regions in Europe’s wealthiest countries: Paris, Madrid, Munich, London and the north-west of England.

As with the financial disparities between clubs in the Premier League, this inequality is causing considerable disquiet, but what, realistically, can be done about it all? Television and prize money across European club football is shared according to the rules of the competition, and it seems unlikely that UEFA would introduce rules to financially sanction English clubs doing well in European club competition to the benefit of others. That’s not really how they do business. 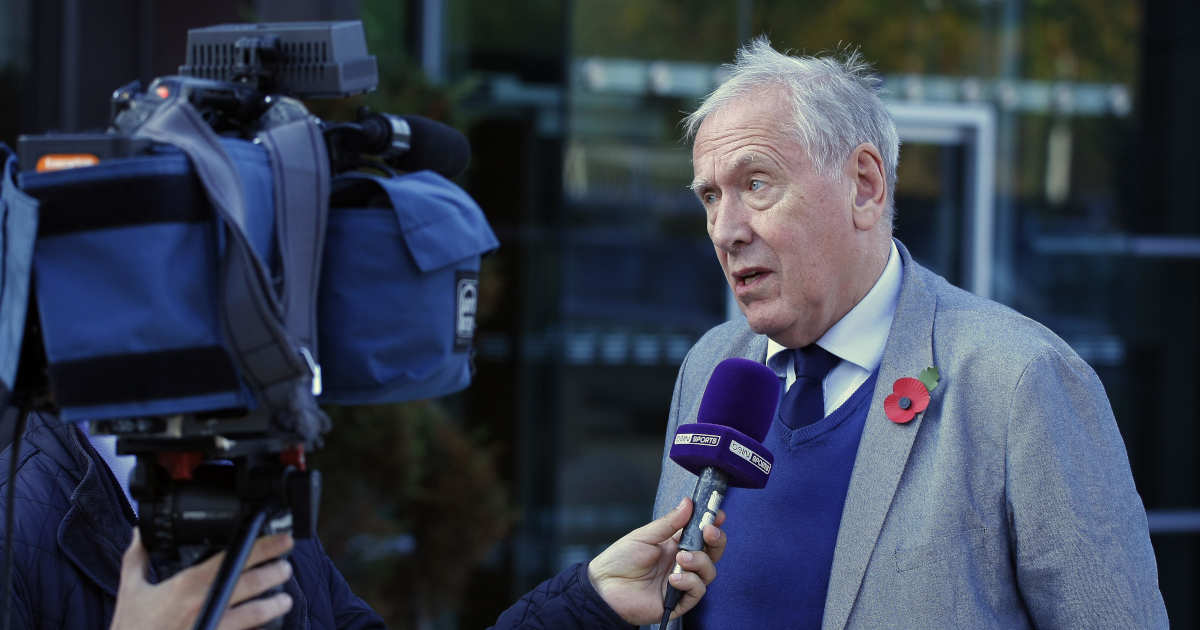 And no matter how much the likes of Javier Tebas may complain about the financial advantages enjoyed by the Premier League, there isn’t a great deal that he – or anyone else on mainland Europe – can do about them. It’s even caused speculation that the much-derided European Super League might have been here all along, just hiding in plain sight and under a different name. But when we stop to consider PSG, Marseille, Barcelona, ​​Real Madrid, Bayern Munich, Juventus, Inter and Milan (for starters), it’s hardly as though European club football is short of names that capture the imagination when mentioned, so why should the Premier League in gray-skied England have become so dominant?

The Premier League was first out of the gate, and setting sail in 1992 left the other leagues in Europe playing catch-up from the off. And the Premier League has more successfully mined its international TV rights like no other football league. The Premier League makes nine times as much as the Bundesliga in overseas TV sales (€ 1.95bn vs € 219m) and a jaw-dropping 26 times as much as Ligue Un, which raises just € 75m a year from its overseas broadcasting rights. And that early high profile seems to have made a difference. When the billionaires arrived in European football, they tended to gravitate towards Premier League clubs. Money has a tendency to breed money.

To what extent does any of this represent a ‘golden age’? There’s no question that there have been golden ages throughout the last three decades for certain clubs. Manchester United and Arsenal may never again achieve the levels of success they achieved between 1993 and 2013 (2004, in the case of Arsenal), while Chelsea and Manchester City have already had (by a very long way) the most successful periods in the histories of those two clubs. Even Liverpool, who were the biggest under-achievers of the first 25 years of the Premier League, pulled their act together, won the league for the first time in more than 30 years, and have been the champions of Europe twice in that time with a team that may be as good as any they produced during the 1970s or 1980s. Blackburn Rovers and Leicester City supporters both had seasons that will live with fans for the rest of their lives.

But as for the rest…? Well, it hasn’t felt much like one for most, who’ve had to spend more and more money to have any reasonable chance of keeping up with the most successful clubs. Numerous clubs have come close to a complete financial collapse in this pursuit. Since 1992 Hull City, QPR, Bradford City, Barnsley, Leicester City, Derby County, Ipswich Town, Oldham Athletic, Portsmouth, Bournemouth, Crystal Palace, Leeds United, Southampton, Coventry City, Bolton Wanderers and Wigan Athletic (16 clubs, in total , 80% of a Premier League in itself) have both played Premier League football and had (at least) one spell in administration in the last 30 years. For the most part, this happened far from the glare of the Premier League. Only Portsmouth have collapsed while a member.

Of course, history is written by the victors, and the voices of those fortunate enough to have benefited from all the inequality in Premier League may be loud enough to drown out those who haven’t. But the financial behemoth that the Premier League has become hasn’t been good for all clubs in England, and it certainly hasn’t been good for competitive football across Europe, either, even if much of the unhappiness from the other gilded palaces of European club football has come because they are not the beneficiaries of this imbalance rather than a desire for more equitable financial distribution within the game. But nevertheless, this has been a golden age. For the few rather than the many… same as it ever was.