Former Arsenal youngster Stephy Mavididi is tearing up Ligue 1 with Montpellier. A brace last weekend was his best moment yet.

Last Sunday was a quiet day for Arsenal’s current crop of young forwards.

Facing a stubborn Burnley side, homegrown talents like Bukayo Saka, Emile Smith Rowe and Eddie Nketiah could not make it click, disappointing fans who expected a comfortable win.

Nearly 600 miles south of the Emirates, however, a former team-mate of those players was having a much better time of it.

Mavididi, born in 1998, joined Arsenal as a junior in 2011 and trained under Thierry Henry, honing his craft with the likes of Ismael Bennacer, Alex Iwobi and Ainsley Maitland-Niles.

He played a few times with Smith Rowe and Nketiah in the Under-23s, in addition to sharing about 10 minutes of pitch time with Saka. (In that brief period, Saka actually assisted Mavididi in a crazy 6-5 defeat).

On Sunday, Mavididi showed that while his rise hasn’t been as rapid as that of Saka or Smith Rowe, he’s still a young talent well worth watching.

Now playing for French Ligue 1 side Montpellier, the 23-year-old former Gunner scored two brilliant goals in a 3-2 win over Monaco, including a dramatic stoppage-time winner.

The brace made headlines for Mavididi, but the attacker has been putting in displays like this all season. If he keeps it up, it might not be long before Montpellier’s top scorer gets a move back to a Premier League club. 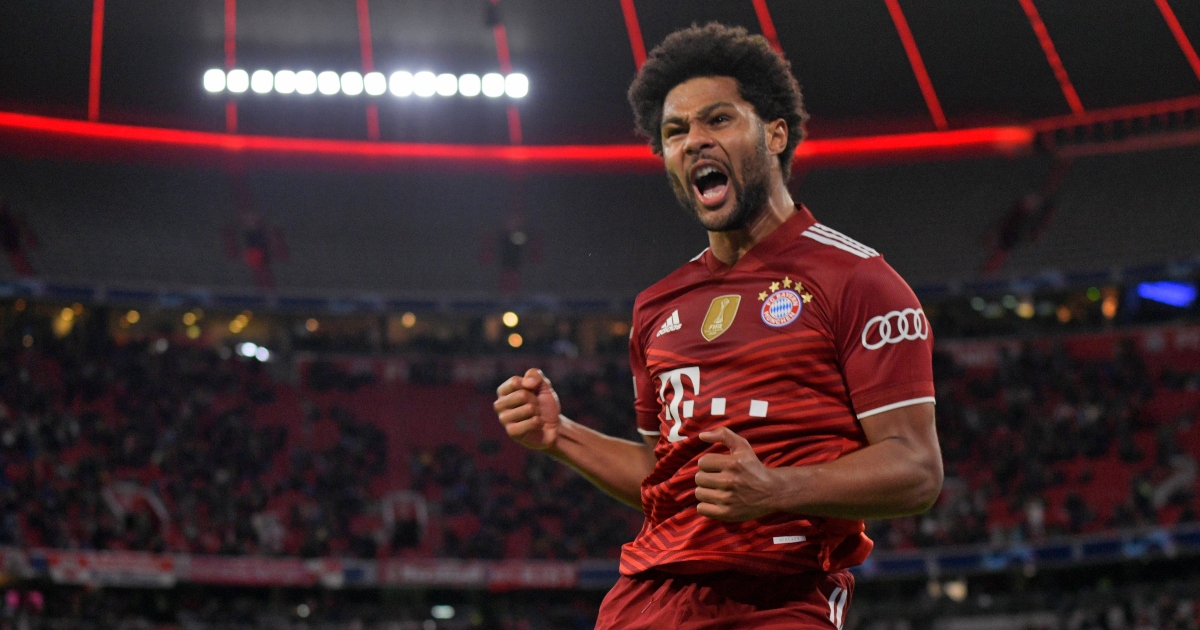 Until now, Mavididi was probably better known for his unusual career path than for his football ability. And it’s easy to see why.

In the summer of 2018, following loan spells at Charlton and Preston, the six-foot striker, then 20 years old, made the surprising move to Juventus in Serie A.

Mostly playing with the Italian club’s Under-23 side, Mavididi made his debut for the first team in April 2019, becoming the first Englishman to play for the club since David Platt, another former Gunner, in the early 90s.

At Juve, Mavididi played with the likes of Leonardo Bonucci and Cristiano Ronaldo. And the Portuguese had an especially big impact on his development.

“It was a privilege to even train with [Ronaldo]”Mavididi told the The Guardian in 2020. “It helped me so much. It’s not even about going up to him and asking him questions. You just watch him and you learn. ”

For the 2019–20 season, Mavididi took what he’d learned at Juve and decided to have a crack at first-team football, on loan at Dijon in Ligue 1.

The Derby-born forward impressed and scored eight goals, which convinced the club to exercise a £ 5million option to buy him permanently.

But that’s where things got a bit messy.

According to Dijon president Oliver Delcourt, Mavididi “was nearly crying about how he wanted to stay in England with his family and that he wanted to sign for a club over there at all costs.”

And that would be fair enough after two full years away from home. Only Mavididi did not return to England. Instead he left Ligue 1 relegation battlers Dijon for top-half side Montpellier.

It was the right move: Dijon were relegated in 2020–21, while an exciting Montpellier side finished eighth.

Now in his second campaign with the Occitanie club, Mavididi has – despite converting from a central striker to more of a left-winger – shouldered a massive goalscoring burden, as the two main goalscorers from 2020–21 have both departed.

He’s currently the club’s top scorer in the league with eight, and is on course to easily surpass his tally from last year.

December was a particularly good month: four wins out of four, with the former Gunner contributing three goals and an assist, the pick of the bunch being a low placed shot from outside the box against Brest.

But the Englishman abroad saved his best for last Sunday.

Montpellier went into their home match in ninth place, two points below opponents Monaco, who were in sixth.

Thanks to Mavididi’s two goals – the first a rasping shot from the edge of the D, the second a top-corner winner in the 91st minute – Montpellier leapfrogged Monaco into sixth, giving them a fighting chance of Europa League qualification.

Should Montpellier finish anywhere above sixth, it would be their best league performance in a decade.

That was when they improbably won Ligue 1 in 2011–12 – largely thanks to the 21 goals scored by one Olivier Giroud. Although when it comes to French former Arsenal strikers, it’s not Giroud who had the biggest impact on Mavididi.

“[Thierry Henry] is such a good person, but he is so competitive, ”Mavididi told Football.London in 2020.“ You do not want to be on his team if he’s losing. “Even when we were training he’d join the games, and if you lost it would be World War Three.”

Many English players in their early 20s might have got homesick after two and a half seasons in France, but Mavididi (who has French-speaking parents) has acclimatised well.

And he’s very much part of the group at Montpellier. Alongside Cameroonian defender Ambroise Oyongo and French midfielders Florent Mollet and Junior Sambia, Mavididi is part of what he calls the club’s ‘gang gang’.

But that does not mean the exciting forward is not planning to go home eventually.

Mavididi has spoken of his desire to return to the Premier League and ultimately challenge for a place in the England team, and his recent star turn against Monaco might have taken him closer to achieving those goals.

Among the clubs said to be interested in the 23-year-old are Aston Villa, West Ham and Newcastle, where Mavididi’s younger brother Shaun plays in the academy.

Whether he becomes a future Thierry Henry or not, Stephy Mavididi certainly has the va va voom to succeed in England.