IT TOOK UNTIL 2005 and Istanbul for Liverpool fans to feel anything like the same affection for the Champions League they once held for the old European Cup.

From 1977 to 1984, their club conquered the continent by dint of being England’s champions, each of their four triumphs following them holding the old Football League trophy aloft the previous season.

“Old Big Ears” marked Liverpoolpudlian dominance of home and abroad. A port city on the western fringe of Europe, a region back then going through severe economic trauma, was able to lord over an entire continent. It was a team made up of working-class Englishmen, many of them from Merseyside, plus a collection of Celts. 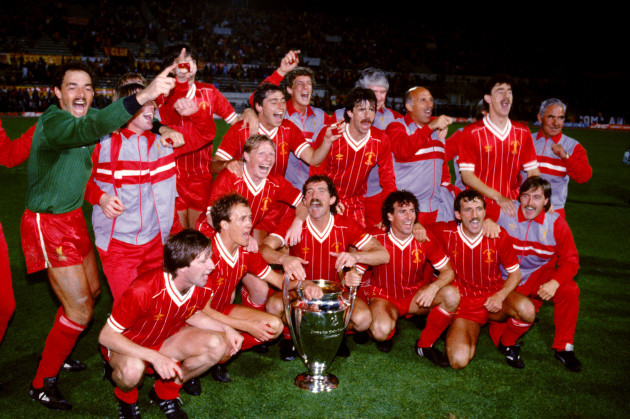 Liverpool after their European Cup win in 1984.

The football was high-class, a possession game the continentals could appreciate yet still employing the gristle and muscle required to prevail in England.

But once the Champions League was devolved, in the late-1990s, into a competition that allowed second-placed teams in, Liverpool, by then also-rans in the Premier League, would haughtily talk of the old days, of full knockouts, of champions only. In any case, the tournament at that time was Manchester United and Alex Ferguson’s domain.

Then came the mid-2000s. The miracle of the Attaturk Stadium in 2005, and reaching the final in Athens two years later only for AC Milan to gain revenge, were both achieved via Rafa Benitez’s alchemical ability to push a team of lesser talents into the latter stages.

The idea of ​​Djimi Traore as a European champion still amazes. Liverpool not only won the competition, reaching two finals in three years, they played in semis in three from four seasons from 2005 to 2008, fielding a team in which only Steven Gerrard could lay claim to being a copper-bottomed Liverpool great, with apologies to Jamie Carragher and peak-level Fernando Torres. 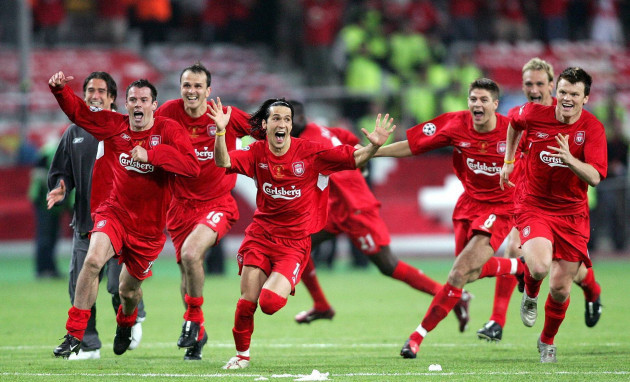 Some of the 2005 team celebrating in Istanbul.

A younger generation of Liverpool fans got to live out similar European adventures to their older brothers, fathers and uncles but without a great team to celebrate. The immediate aftermath of Istanbul saw Benitez pledge to overhaul his team, seemingly willing to cash in Gerrard to Chelsea to pay for it.

The same pattern was repeated after 2007, when Liverpool’s best player in Athens had been Jermaine Pennant, their most dangerous spell when Peter Crouch was launched into action from the bench. A great team never remotely came into being.

It took a long time for Liverpool to modernize beyond the heyday of the 1980s. The dominant force of that era was slow to wake up to the commerce that paid for United and Ferguson’s rise, the club shop infamously closed the morning after Istanbul.

Only once Fenway Sports Group, and slowly at first, began to sweat the asset properly, modernizing the back office, Anfield, and then in turning to Jurgen Klopp, that Liverpool was able to reclaim its status as a global superpower.

Klopp is the most inspirational figure in Liverpool history since Bill Shankly, the father of the modern club. Shankly’s successors, Bob Paisley, Joe Fagan, Kenny Dalglish were all quiet, understated men, but in appointing Klopp, Fenway’s decision-makers chose someone with the charisma and awareness to be a modern leader.

Ahead of a third Champions League final in five years, Klopp chasing a follow-up to winning the trophy in Madrid in 2019, there is now the realization that this is probably the greatest Liverpool team of all. That belief appears to cut across all ages of Liverpool fans.

Though well funded, they have taken Manchester City, living off the resources of one of the world richest nation states, to the wire repeatedly. Pep Guardiola repeatedly states he has, even when coming up against Real Madrid with Barcelona, ​​never come up against a rival quite like them, an opponent so relentless.

In an age where geopolitical riches allow European clubs to plunder the world’s best talent, Liverpool, still tucked away on those western fringes, command as rich a talent as anyone, as cosmopolitan as anyone. Virgil van Dijk is Europe’s most assured defender, Luis Diaz may now be South America’s hottest young star, while Sadio Mane and Mo Salah are definitely Africa’s two best players.

Get closer to the stories that matter with exclusive analysis, insight and debate in The42 Membership. 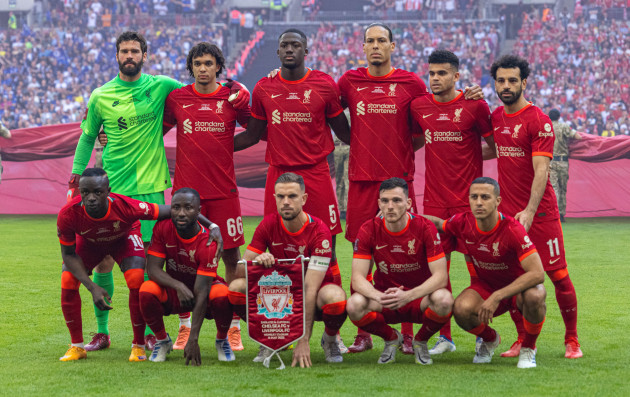 The current Liverpool side.

When looking back on the teams of four decades ago, it is tempting to transpose their stars on to modern football. Kevin Keegan and Kenny Dalglish both possessed the class to play at any age, Keegan the type of all-action forward Klopp loves to work with, with Dalglish the intelligent yet iron-hard creator, durable and gifted.

Perhaps Alan Hansen might have strolled through games like Van Dijk, maybe Graeme Souness could still be a midfield general, and Ray Kennedy’s ghosting into space would have been useful to Klopp. Terry McDermott as gegenpressing turbine also seems plausible. But the game now is quicker, skill levels higher, the margins for error smaller.

What those old teams did have was verifiable success, a collection of trophies this Liverpool team is yet to exert. Winning this season’s FA Cup and Carabao Cup, as enjoyable as they were, is not enough. One title from five seasons duking it out with City is a disappointing return considering three 90-plus points totals have been posted, enough for titles most other seasons.

Only winning the Champions League, beating Real Madrid in Paris, can make this Liverpool feel like the greatest, even if they already are.