The 2022-23 season is almost upon us and this is the time when you’re scrambling around your Fantasy Premier League team thinking how you can afford Mohamed Salah, Harry Kane and Erling Haaland.

If you are to afford FPL’s most expensive assets, you’re going to have a headache and will need to fill the rest of your team with some cheaper options. Don’t worry, we’ve got your back.

The Brentford No.1’s average of 4.0 points per match last term was bettered by only three goalkeepers last season.

Raya will definitely make it onto Thomas Frank’s team sheet and the Bees have a relatively forgiving schedule in the opening weeks of 2022-23, only playing one of the ‘big six’ (Manchester United at home in week two) in their first seven fixtures.

Sam Johnstone is another good option. Only the top five registered more clean sheets than Crystal Palace last season, and their new signing made more saves than any other Premier League goalkeeper in West Brom’s relegation in 2020-21.

However, there’s every chance he won’t play with Patrick Vieira expected to keep faith in Vicente Guaita as his No.1 for now. Still, at £4.5million Johnstone is a solid bench option and may well work his way into Palace’s first XI.

Get on this one early. A transfer to Chelsea looks imminent, and £5 million is a fair price given Thomas Tuchel’s Blues kept the third-most clean sheets last season.

Cucurella only registered one goal and one assist last term but the stats show he was among the Premier League’s most creative defenders last term and he should thrive in a more dominant team.

The only question is whether he gets into Chelsea’s backline ahead of Ben Chilwell.

The obvious and standout pick if you’re looking to plug a gap in defense with the cheapest-available option.

His IRL price tag of £17million suggests he’ll actually play for Nottingham Forest, which is more than can be said for the likes of Phil Jones, Paul Dummett and Kenedy, who cost as much in the game.

Not only that, but last season Forest kept clean sheets in 37% of their outings and boasted the second-best defensive record in the Championship, despite shipping 12 goals in eight games prior to Steve Cooper’s arrival last September.

Williams offers something going forward too, having notched two goals and two assists in 14 appearances for Fulham last term.

The Slough-born Poland international is among the most popular players in the game and proved one of FPL’s best value defenders in 2021-22.

Not only that, but Villa look set to tighten up further at the back in 2022-23 following the acquisitions of centre-back Diego Carlos and defensive midfielder Boubacar Kamara.

Sidelined for most of his time at Newcastle so far, Trippier still scored free-kicks in back-to-back appearances and his set-piece deliveries are ripe for the likes of Sven Botman and Dan Burn to get on the end of.

Only five teams picked up more points than the Magpies after Eddie Howe was appointed as manager last November and they look defensively sound, having kept four clean sheets in the last eight games of last season.

Kieran Trippier, o̶v̶e̶r̶ through the wall! 🔥

The 22-year-old endured an injury-hit 2021-22 campaign and has suffered a £1 million price drop as a result.

But he’s a quality player, having registered five goals and six assists the previous season, and looks set to be Wolves’ main attacking outlet in the early weeks of the campaign following the injury suffered by striker Raul Jimenez.

Leeds and Fulham are Wolves’ first two fixtures and Neto will be licking his lips at the prospect of kicking off 2022-23 with a bang.

Four of his six Premier League goals have come in 2022 and he appears to be going from strength to strength.

The Brazilian is 25% cheaper than his Arsenal team-mate Bukayo Saka and there’s a strong argument that he’s been considerably undervalued in this year’s FPL.

He’s not a guaranteed starter for Mikel Arteta’s Gunners, which perhaps explains the low price, but he featured prominently in last season’s run-in as well as pre-season and already seems to have built a strong understanding with compatriot Gabriel Jesus.

With Emile Smith Rowe still sidelined, expect Martinelli to start on the opening week and potentially further into the campaign. At £6 million, that looks like an opportunity too good to pass up.

The 20-year-old only needed cameos to show his immense potential with a vital goal and a vital assist against Norwich and Brighton respectively in Leeds’ relegation run-in last term.

Having just signed a new five-year contract extension, expect to see Gelhardt playing a more prominent role and making more starts. This could be the season he truly explodes into life at Elland Road. 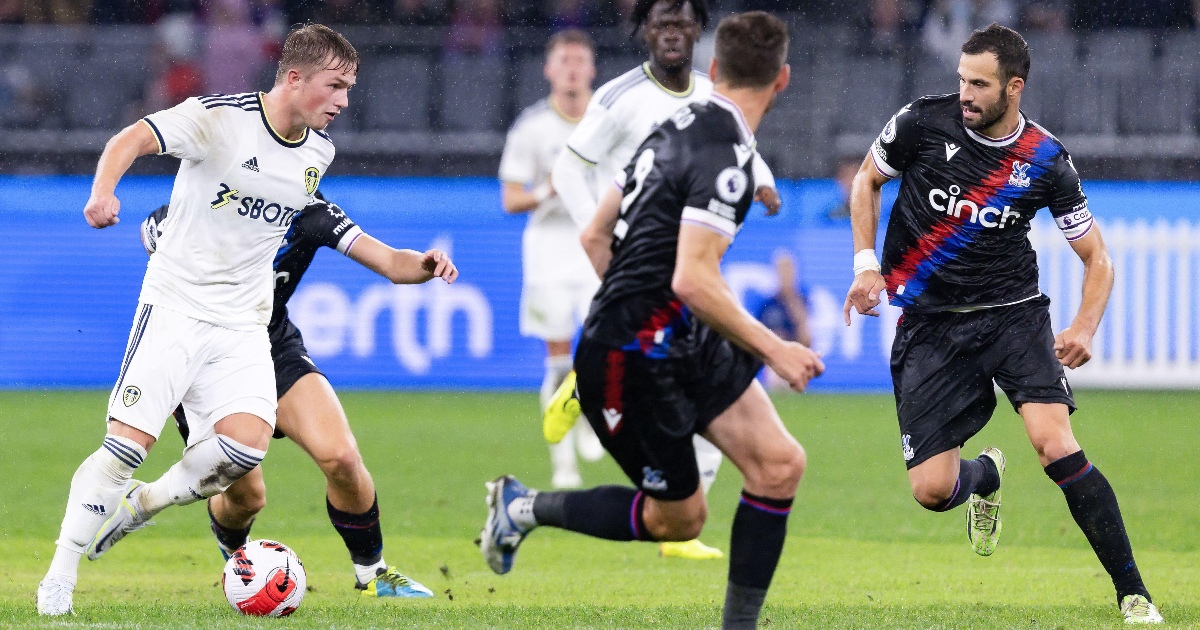 READ: Joe Gelhardt is ready to be Leeds’ superstar – his pre-season proved it

Nottingham Forest have been immensely busy in the transfer market this summer and the team they line up with in the Premier League is set to look almost unrecognizable to that which won promotion via the play-offs.

One player set to keep his place in Steve Cooper’s team is star asset Brennan Johnson. The 21-year-old academy graduate notched 18 goals and 10 assists in the Championship last season and he’s expected to take Premier League football in his stride.

We won’t be covering Brennan Johnson on the pod anymore, one of the first #EFL21Under21 players to ‘graduate’ to the PL.

Anyone who’s followed Brighton in recent seasons will know all too well about their frustrating lack of a proven finisher.

Neal Maupay has only scored 26 goals in three seasons as Brighton’s go-to striker but his place may be under threat following the arrival of Undav from Brighton’s Belgian feeder club Union SG.

Signed in January before being loaned back to the Belgian side, last season the centre-forward registered an eye-catching tally of 25 goals and 10 assists in 33 Jupiler Pro League appearances. Finally the answer to the Seagulls’ finishing woes? He’ll try an FPL gem if so.

Mind games & identity theft: How Villa players have responded on FPL to ‘ban’