Paul Pogba is set to leave Manchester United this summer and a new midfielder is considered a priority for Erik ten Hag – but how would some of the players linked with a move to Old Trafford fare?

Pogba remains United’s record signing after Jose Mourinho paid £ 90million for his services in 2016, but the French World Cup winner only showed flashes of his talent in the Premier League.

As United have toiled under a number of managers, Pogba became a lightning rod for the side’s dysfunction but his talent and ability to conjure assists out of nothing means Ten Hag won’t necessarily find it easy to replace him.

We’ve identified a selection of the biggest players linked with replacing Pogba at United and assessed how they’d fare at Old Trafford.

Now this would be a marking signing.

De Jong worked with Ten Hag at Ajax, helping the Dutch club reach the 2019 Champions League semi-finals, and is reportedly free to leave Barcelona this summer.

While the Netherlands international remains unconvinced about a move to Old Trafford, United are prepared to offer him a £ 350,000-a-week contract that would make him their highest-paid player.

With a higher pass accuracy (91.3%), successful tackles rate (74%) and successful dribbles per game (1.9) than any of United’s current midfielders this season, it is clear that De Jong would be a serious upgrade.

What a sublime Barcelona goal 😍

Ferran Torres applies the finish but Frenkie de Jong, take a bow for that assist!#UEL pic.twitter.com/WIYap1dCqE

It’s peak United that they’ve been linked with a move for Kante just as Pogba leaves the club. The two players are absolutely nothing at all alike, but Kante is the kind of industrious midfield presence the Red Devils have lacked since Michael Carrick.

Having signed for Chelsea in 2016, the midfielder has established himself as one of the world best and left United kicking themselves for not pursuing him six years ago.

Now, with his Chelsea contract due to expire next year, Ten Hag is determined not to make the same mistake.

There have been some concerns about his injury record but he’s N’Golo Kante, for crying out loud. He’d be an immense signing for United.

Arguably the standout English midfielder in the Premier League, Rice has been the catalyst behind West Ham’s revival and certainly wouldn’t come cheap for Ten Hag.

Hammers boss David Moyes has reportedly slapped a £ 150million price tag on his prize asset, and the club are hoping he emulates Mark Noble and dedicates his career to West Ham.

But Rio Ferdinand, who played for both clubs, reckons Rice is more ambitious than that. “If he wants to do a Mark Noble and stay at one club in the Premier League – Declan Rice will be the captain for the next ten years if he wants. It’s there if he wants to do that, ”Ferdinand told the FIVE podcast.

“But I do not think Declan Rice is Mark Noble. Declan Rice is someone who sees himself going to a bigger club, with all due respect to West Ham, and going to fight for honors in the Premier League.

“You’ve got to ask Declan Rice a question; does he leave West Ham who are basically fighting Man United for the same position?

“If he does go to somewhere like United, (he could) be the catalyst for the next generation, for winning stuff, and you could lead that charge.”

Having started as a defensive player, Rice has developed into a box-to-box midfielder and is excellent at reading the game. United would kill for a player of his intelligence.

After an impressive five seasons at Wolves, Neves has been strongly linked with a move to United for what seems like forever.

Former boss Ole Gunnar Solskjaer was keen on the midfielder and it is thought United failed with a £ 35million offer in the most recent January transfer window.

Neves has made over 200 appearances for Wolves and is still only 25, meaning his best years are probably still ahead of him.

Energetic, a keen passer of the ball and not averse to odd shitpinger-or-five per season, Neves would be a popular signing with the United fans and is reportedly available for £ 50million.

Milinkovic-Savic has been one of Serie A’s star players this season and was strongly linked with a move to United under Mourinho.

He usually plays as a number eight in Lazio’s midfield trio and typically presses the opposition with plenty of energy.

The Serbia international tends to win more than his fair share of duels against his midfield adversaries, no doubt helped by his 6ft 2 frame.

Yet his technical ability is probably most akin to Pogba. Milinkovic-Savic is an effective passer of the ball, capable of a wide range of progressive and piercing balls forward.

He registered 22 goal contributions in Serie A (11 goals, 11 assists) and those numbers dwarf any other United midfielder in recent seasons with the exception of Bruno Fernandes.

At around £ 50million, this would be a very tidy signing for United.

It does seem unlikely at this stage. But, putting aside the rivalry between the Uniteds of Leeds and Manchester, the England international has the energy and intensity levels that were sorely lacking under Ralf Rangnick last year.

Even though Phillips would be an upgrade on Fred and Scott McTominay, the aforementioned hostility between the two clubs has made the 26-year-old reluctant to sign for Ten Hag.

The Telegraph have reported that he favors a move to City, where Pep Guardiola is looking for a replacement for Fernandinho.

The nuclear option would be to sign nobody and integrate James Garner into the first team. Far-fetched? Maybe. But they could do a lot worse… 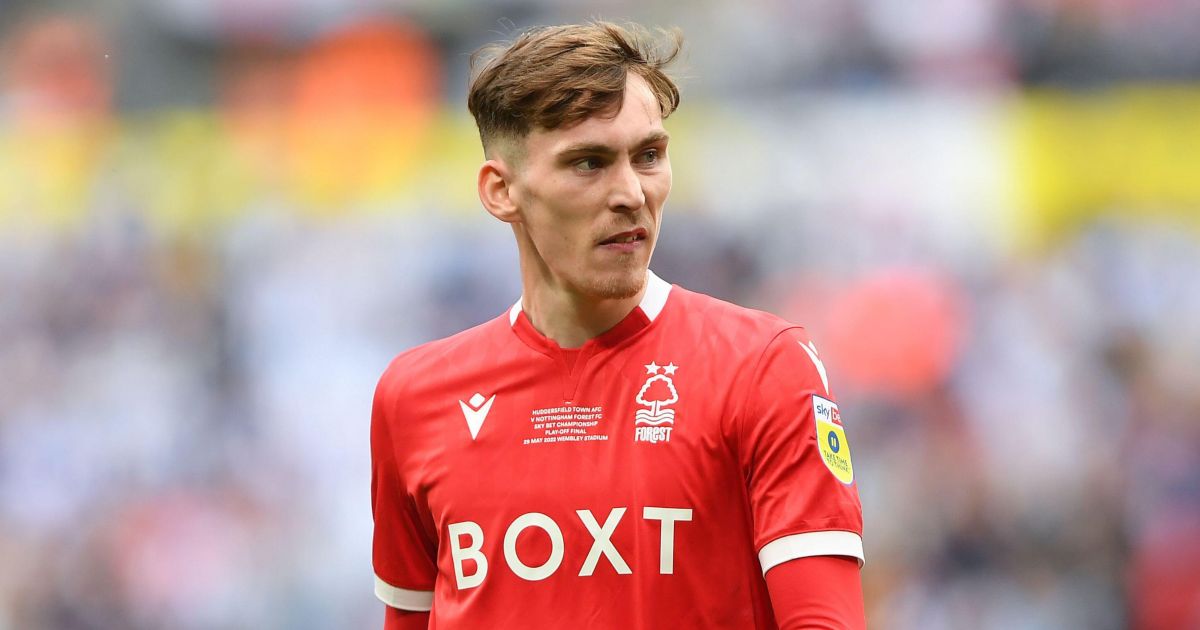 Ronaldo’s first cup final, when he proved he had style * and * substance

Where are they now? Woodward’s first 10 Manchester United signings

Can you name every Dutch player to appear for Man Utd in the Premier League?