In any transfer window, some teams spend better than others. Every single year without fail, some clubs are heralded for their transfers, ‘winning’ the window. But more often than not the team goes on to underperform expectations.

At the top end of the table whenever the biggest clubs ‘win’ the transfer window, the expectation should be a title push, and the disappointing reality is likely a sixth-place finish with no success in the cups.

Towards the bottom end, a team signing players seemingly ‘too good’ for them may raise their expectations to finishing in the top 10 and a decent cup run, but at times these teams who look like they’ve spent well find themselves in or around the relegation zone.

We’ve taken a look at some teams over the years who made what looked like exceptional business in August, but by the following May their season had ended in bitter disappointment.

The world knew Spurs were about to lose Gareth Bale for a world record fee in the summer of 2013, but they put the £ 90million they would receive from Real Madrid to good use – or so they thought.

Everyone backed Spurs for a top season after bringing in the likes of Roberto Soldado, Christian Eriksen, Erik Lamela, Etienne Capoue and Paulinho among others, who was dubbed ‘the magnificent seven’, but what followed was a turbulent season of chaos.

Andre Villas-Boas was eventually sacked and replaced by Tim Sherwood as Spurs limped to a sixth-place finish and disappointed in Europe and the cups.

Losing both north London derbies rubbed a great big handful of salt into the wounds, and the pre-season excitement evaporated rapidly as heavy defeats at home to Liverpool and Manchester City compiled Tottenham’s misery.

Angel Di Maria, Radamel Falcao, Ander Herrera, Luke Shaw, Marcos Rojo and Daley Blind arrived with big reputations, but the club went trophyless and performances were below par for most of the campaign.

An attack already containing Robin van Persie, Wayne Rooney and Juan Mata was, in theory, boosted significantly, yet goals were hard to come by and any talk of a title challenge was silenced by Jamie Vardy and Esteban Cambiasso in August…

At the start of the 2014-15 season Hull City, who had just reached the FA Cup final and therefore qualified for the Europa League playoff rounds, looked set for a solid season where they would stay up with ease.

Snodgrass, Ben Arfa and Hernandez in particular were viewed as coups given Hull’s stature, but ultimately the team went down with a whimper while also bowing out of the cups at the earliest opportunities.

Ben Arfa was particularly disappointing and Hull sent him back to Newcastle, from whom he had arrived on loan, as soon as they could.

After the enigmatic Frenchman had gone, Bruce told the media: “What a dreadful waste of real talent.

“It’s criminal because the lad can play all right but I must question how much he is in love with the game.

“Honestly in his last game for us against Manchester United our goalkeeper ran about more than him. I had to sub him early because I needed sweat and fight in our position and I was not getting it.

Everton caused some surprise when they backed Ronald Koeman with £ 140million in the transfer market, bringing in highly-rated players from within the Premier League in Jordan Pickford and Michael Keane, as well as Davy Klaasen from Ajax and an emotional return for Wayne Rooney.

Koeman’s side were being tipped for a European finish but found themselves in the relegation zone by the time the Dutchman was sacked in late October.

Sam Allardyce (who else?) Came in to steer the sinking ship, and they ended up finishing eighth, but it was not pretty viewing.

Fulham splashed the cash following their promotion in 2018, spending over £ 100million and bringing in some big names.

They then proceeded to finish 19th, 10 points away from Brighton in 17th, winning just seven games and conceding 81 goals.

Some of their signings still remain and proved useful as they won promotion in style in 2022, but it was an embarrassing season for the club given their heavy spending.

After being humiliated by Chelsea in the Europa League final, Unai Emery decided that the Arsenal squad needed a complete refresh, and onlookers were impressed when around £ 140million was spent.

Arsenal finished eighth, Emery was sacked in November and some of the football on display was duller than watching paint dry.

Mikel Arteta arrived and won the FA Cup but it was a far from an enjoyable season for Arsenal fans despite it being the most they had ever spent in a summer window. 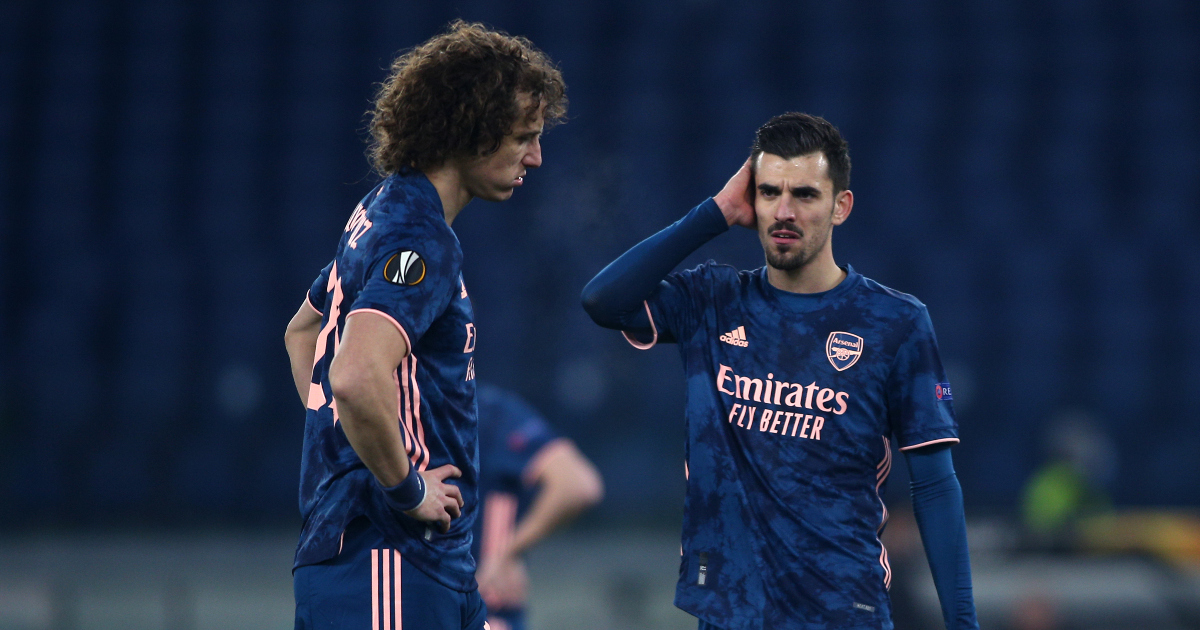 Signing Cristiano Ronaldo and Raphael Varane with nine Champions League medals between them, as well as a big-money deal for Jadon Sancho, proved fruitless as United suffered their worst campaign in recent memory.

Ronaldo performed well, scoring 24 goals in all competitions, but the team was heavily criticized all season as they were humiliated in every cup and finished sixth in the league.

The sensational return of Cristiano Ronaldo had United fans believing they could challenge Manchester City for the title. They finished 35 points off their neighbors. Ouch.

Where are they now? Manchester United’s first XI under Louis van Gaal

Can you name Man Utd’s XI for Louis van Gaal’s first game as boss in 2014?