Real Madrid had their entire summer planned around financing one transfer. It was a transfer that felt inevitable for the last 18 months. A transfer that seemed almost written in the stars since the player’s childhood. A transfer that would shake the footballing world to its core, but one that will not happen. Kylian Mbappe has decided to stay with PSG through 2025, so Madrid must look elsewhere. Lucky enough for them, however, this means that they have an absolutely insane amount of money to toss around at other players this summer.

Regardless of what happens in the Champions League Final on Saturday, Carlo Ancelotti will surely see vast spending on his squad ahead of the 2022-23 campaign. Plenty of players are absolutely on the shortlist, and agents and clubs are being contacted everywhere.

That all being said, here are the two players they may chase hardest.

Madrid, Mbappe or not, have been closely linked with Aurelién Tchouameni for a while. Of course, they’re one of a baker’s dozen world class clubs chasing the signature of the 22-year-old French youngster, but it appears that Los Blancos may be at the head of a front-running pack also including the likes of Chelsea , Liverpool, and Paris Saint-Germain.

The incredibly talented Bordeaux academy product produced five goals and three assists in 50 appearances across all competitions for Monaco this season, but from his deeper role in the Monaco midfield, those stats do not tell the whole story. Incredibly adept at linking the lines together, Tchouameni has also made eight appearances and scored once for France’s senior national team, making his debut in September 2021.

Some have compared his impact to that of fellow Frenchman N’Golo Kante, though Tchouameni may be the better passer at current and he hasn’t nearly reached his ceiling of potential. His price estimate for a transfer in this window back in December was placed at around $ 62 million, but now, with more and richer clubs entering the fold, a transfer may cost the winning bidder closer to $ 95 million. Nonetheless, Madrid have the money, and they have the ability.

Christopher Nkunku was rumored to be the potential replacement for Mbappe had he left Paris Saint-Germain, so it’s logical to suggest Madrid may make the same comparison. Nkunku plays in a similar fashion to Mbappe, so it’s not hard to see why PSG tabbed him as their target to replace Mbappe.

In his third season in Germany after leaving PSG in 2019-20, Nkunku tallied an absolutely insane 35 goals and 20 assists in 52 appearances, and he led Leipzig to their first trophy in club history, the DFB-Pokal. His ability to change the game anytime he gets the ball at his feet can not be understated, and Nkunku may command a similar price to Tchouameni because of it.

Nkunku has an unreal feel for the players around him, and league play style should not be much of a concern, since similar space exists in both the Bundesliga and La Liga. His finishing ability is also absolutely world class, even for a player just 24 years old. There’s a feeling around discussion in the sport that 30+ goal seasons are much more infrequent than they seem due to the dominance of Lionel Messi and Cristiano Ronaldo proving incredible outliers, so for Nkunku to log 35 in 52 says a lot about the player he has become. He was signed to replace Timo Werner, and he has definitely done that and then some.

Similarly to Tchouameni as well, Nkunku made his France debut in March. While he hasn’t scored yet at the international level, he’s bound to continue making appearances for Didier Deschamps. Not only this, but should his form continue into the early parts of next season, he may find himself on a plane to Qatar come November. 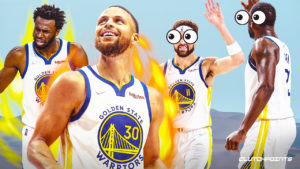